These days they are sometimes marketed as screensavers for plasma TVs. Something you can have playing in the background, without worrying about an image getting burnt into your screen.

WavesDVD.com sells a bunch of these. They even have bikini models swimming inside your TV, in case you're tired of fish.

But what I'm lookin for is a Halloween themed DVD to use as background imagery. It would be perfect to have running on the TV during a pumpkin carving party or Halloween bash.

Fun View TV offers a DVD with many different scenes. Most are computer generated, and not too exciting. They have only one for Halloween. A rather boring five minute clip of a basic jack-o-lantern.

What I'm looking for is some creepy imagery that I could loop on the TV. Something like the cursed video from The Ring or something really bizarre like Rubber Johnny.

Anyone have any ideas for "ambient" background imagery to put on the TV during a party? If no DVD exists, maybe I'll collect a bunch of video clips from the web and compile them into a homemade DVD.

By Wedge  Fri Oct 13, 2006 4:19 am
Like
Fri Oct 13, 2006 4:19 am #4548
A lot of those videos are just someone with a video camera taping a camp fire for 20 or 30 minutes then looping it with a fire sound lopping.
What about taking your camera to a local cemetery at dusk and hit record and then add in your own sounds. A quiet russle, the wind, and then a blood curdling scream. Just an idea
When the crypt goes creak,
And the tombstones quake.
Spooks come out for a swinging wake.
Happy haunts materialize,
And begin to vocalize.
Grim grinning ghosts come out to socialize.

zombiepumpkins wrote:They even have bikini models swimming inside your TV, in case you're tired of fish.

But what I'm lookin for is a Halloween themed DVD

Ahhh...dude...I hate to tell you this but it looks like you *DO* need to get a life!

I can't find any links for these DVDs on the web, but they're made by Drew's Famous Entertainment and available at Spirit halloween stores.

The first one is called "Scary Ghost Show and Music." Although it contains no music. The soundtrack consists of whistling wind, howling wolves, and the occasional thunder clap (all of which can get rather annoying after a while). But if played at low volume with Halloween music coming from another source, this can do the trick.

I would have preferred more "realistic" ghosts, of the ethereal transparent variety. But the cartoon guys are kinda cute. If you like cute. Running time is 12 minutes, and then it loops. But the visuals are pretty much the same throughout so nobody will notice the repetition.

The second DVD I picked up is "Halloween Party Trivia Game." Multiple choice questions about things like Halloween traditions and horror movies come up on the screen. The choices gradually disappear, finally leaving the correct one. The questions change at a slow enough pace that party guests not giving the screen their full attention can jump in at any time.

This one has music, but only a couple songs which are sure to get repetitive. So put it on mute and play your own haunted soundtrack CDs while this trivia runs in the background. Your guests can't get too bored if they have the option to shout out some trivia!

They also had a Fortune Teller DVD which you can ask questions. A high tech Magic 8-ball I suppose. I didn't get that one, so I can't comment on it's quality.

1. I have have a plasma TV ... DO NOT use any type of screen saver. They are very prone to burn-in's. You don't want to ruin a really expensive TV just so it will go along with your Halloween theme.

2. Why do you just have horror movies playing all night? Or, if you know how to do this, you could just take all the good parts of horror movies (the death scenes) and put them all one really long VHS/DVD and just play that all night long.

By Kitty Kat  Thu Sep 13, 2007 9:15 pm
Like
Thu Sep 13, 2007 9:15 pm #7705
I always have a halloween party and I love the idea of
putting something on the screen for others to enjoy. I
make Photo movies and it is the same idea just take stills
of the movies or small haunted movie clips and do what
the "Sceen it" games do ask trivia about it here and there
to get the party people into it. I'm gonna try it and if it works
i'll let ya know.

By reignman40  Thu Sep 13, 2007 10:50 pm
Like
Thu Sep 13, 2007 10:50 pm #7707
This is such a cool idea. I don't have any experience in movie creating otherwise I'd totally do something like this. Looks like the two that were found were sort of cheesy. I hope someone does come up with something based on this idea. This would be awesome to have during a good ole carving party. 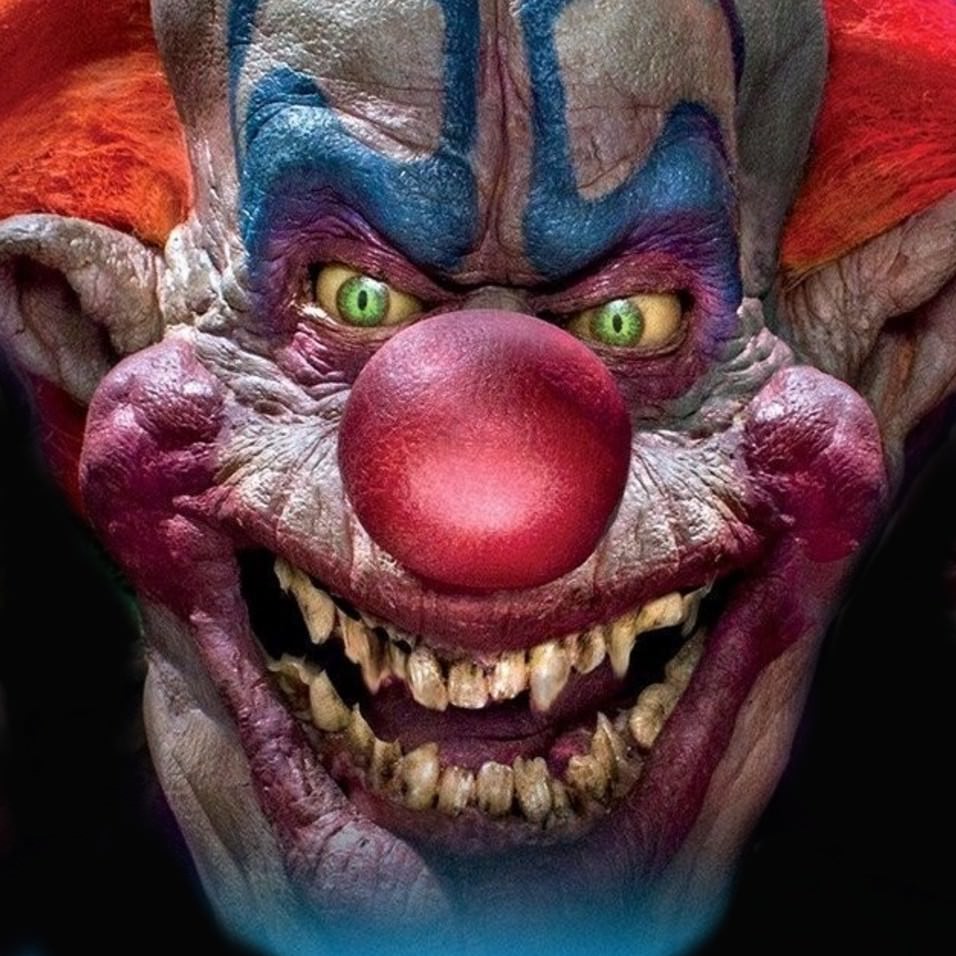 The first is the series by Big Scream TV series that gmuffb mentioned above. The coolest aspect of this DVD is that you can reflect the image from the TV onto a piece of plexiglass, creating the effect of a floating head. Check out the video.

The other DVD I plan to get my hands on is Hallowindow. It's made with the intention of projecting onto a large sheet placed over your house windows. If you don't have the hardware for projecting, this video of creepy cool animations would look fine even just playing on your TV. I really like the animation style and themes chosen for this collection: