By Bug Bite  Wed Nov 22, 2017 9:38 am
Like 1
Wed Nov 22, 2017 9:38 am #98869
Hey guys. A few days after Halloween I visited my tattoo artist, pointed him towards the Grinning Jacks patterns, and asked him to whip up three original Jacks drawing inspiration from Ryan's patterns. No offense at all to Ryan, his artwork is amazing, but my tattoo guy is an accomplished artist as well and I know those guys like to do their own thing.

He produced the three Jacks and I can definitely see some traces of patterns like Hammy, Silas, Horton, Demi, Keaton, etc. in them. I also showed him the shop page and I think that's where he got the idea for the green glow/rot you see on the base of the pumpkins.

They healed very well and quickly! I have pretty hairy arms so pardon the 3 week old stubble there. I think a couple spots may need a touch up because of the movement in my wrist but I'm super pleased.

Anyhow, just wanted to share. Hope everyone had a great Halloween and Happy Thanksgiving!! 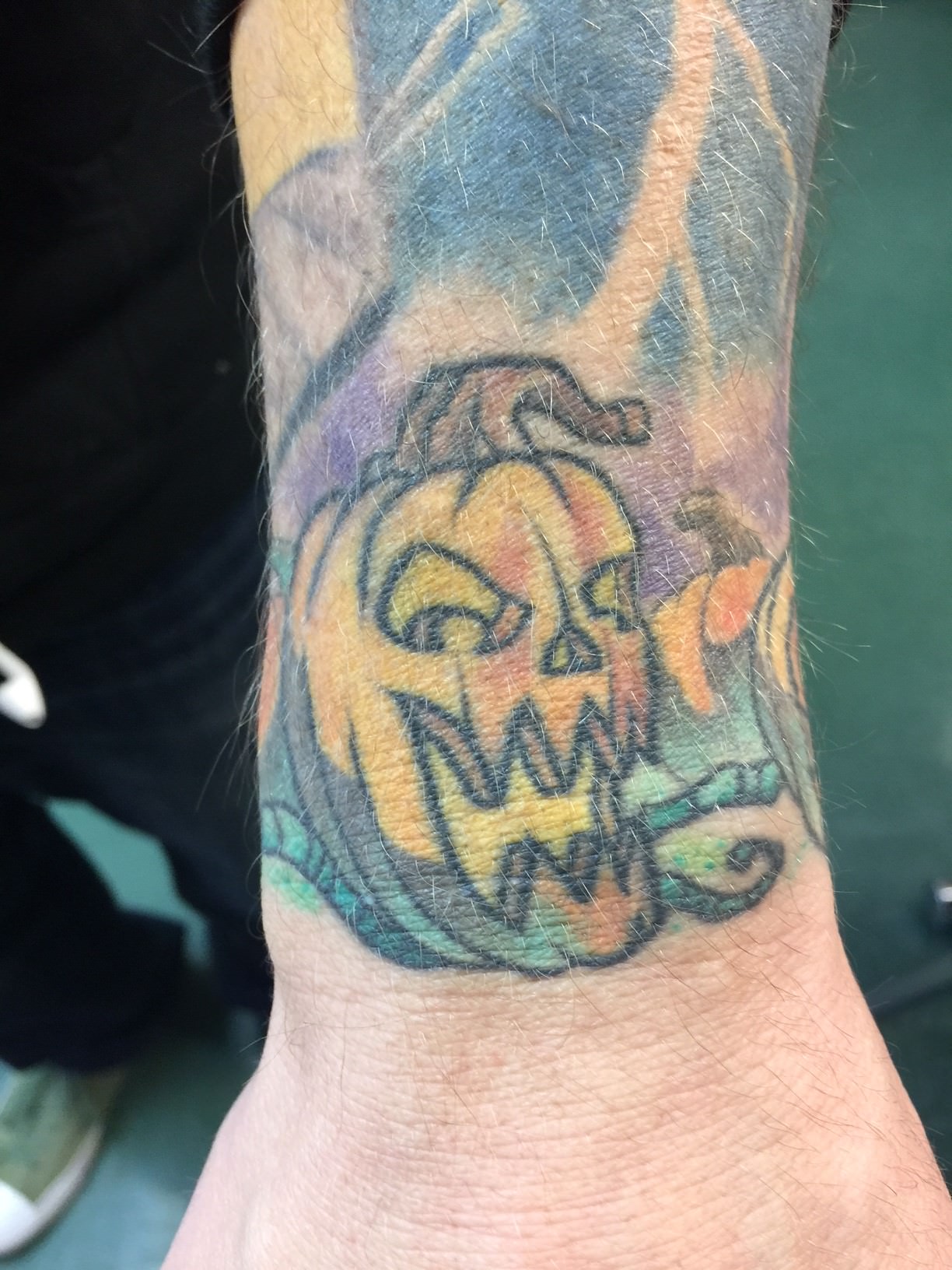 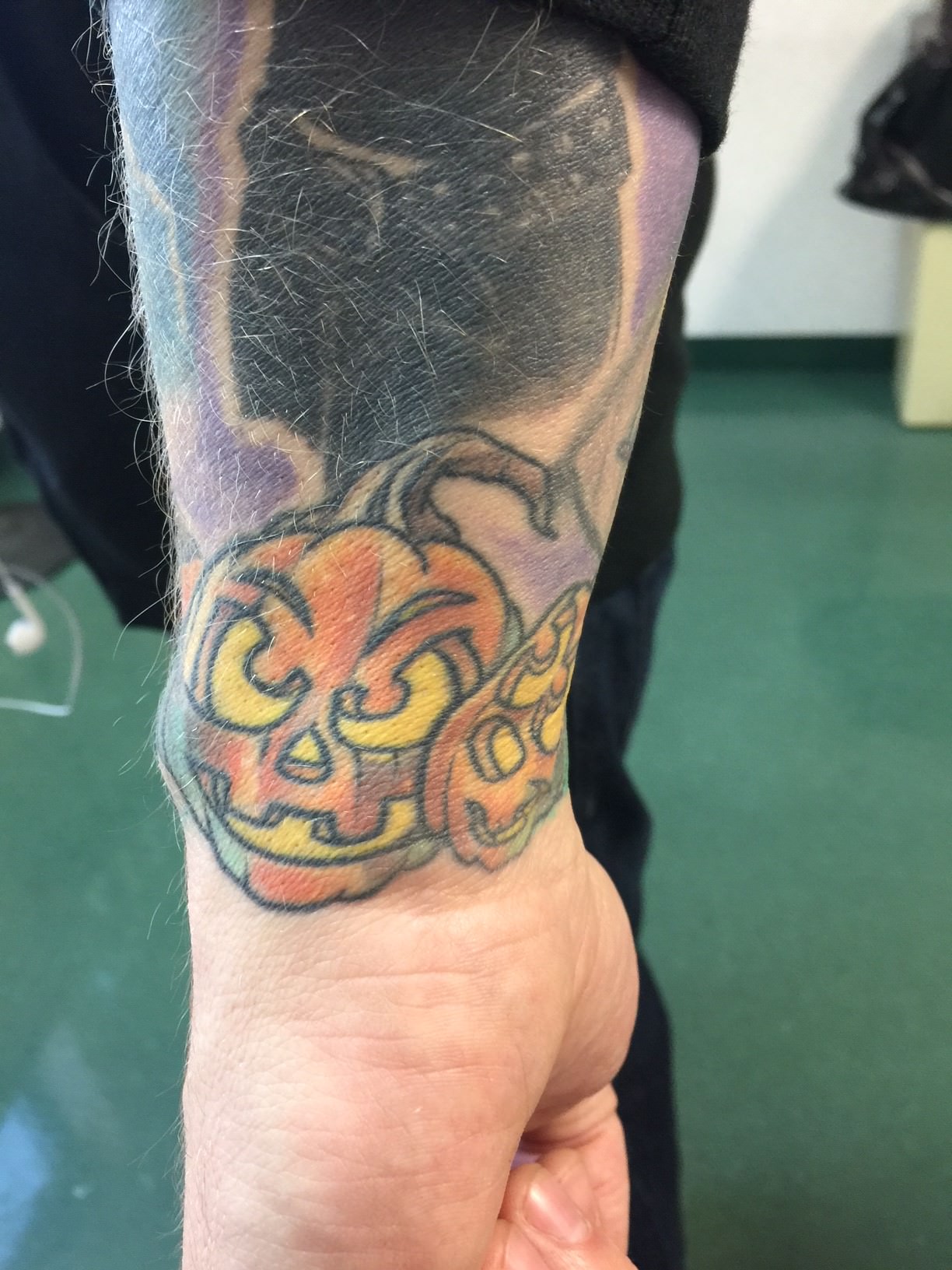 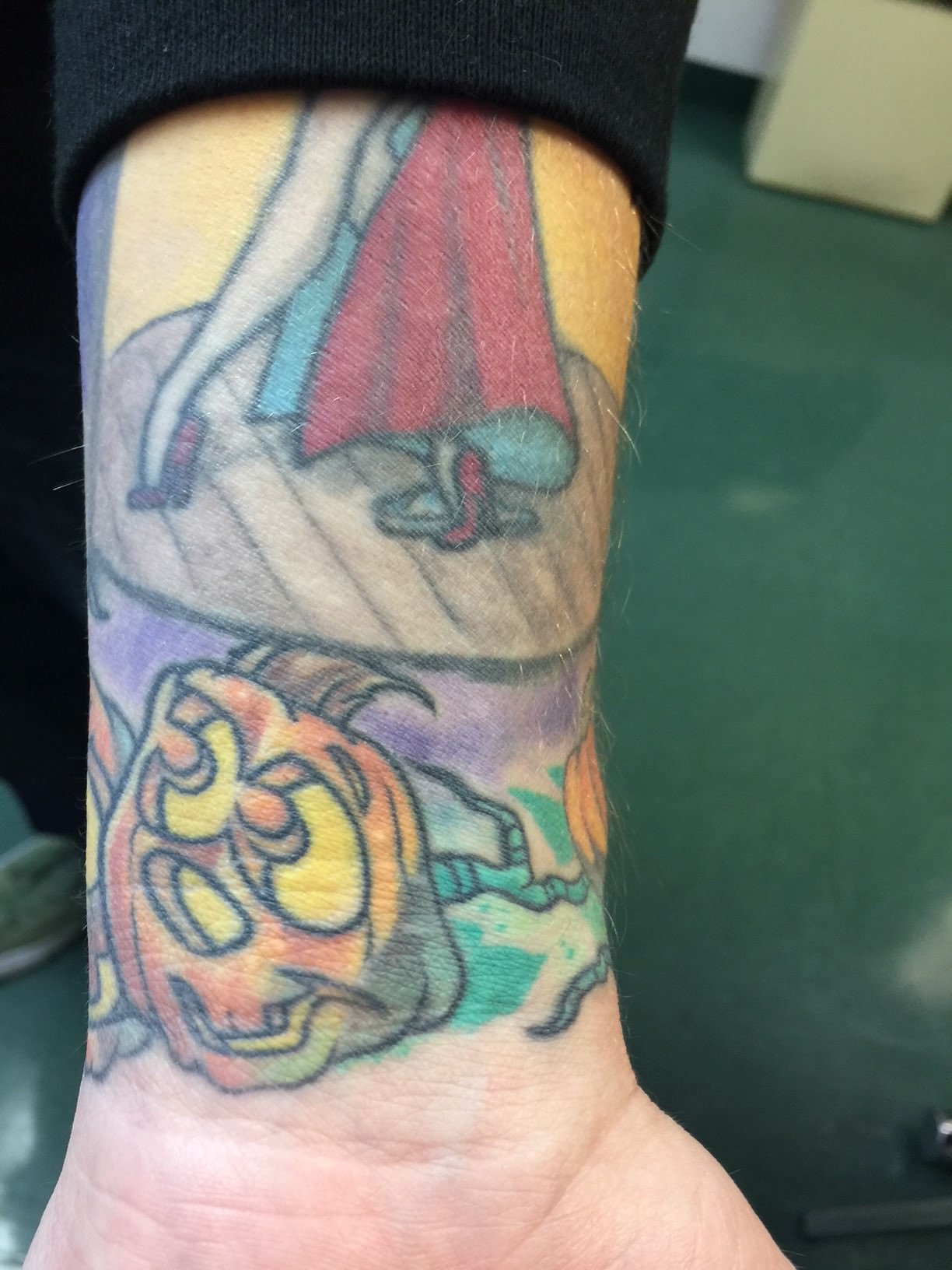