Thanks for the vote of confidence!

And with that vote, I went ahead and made more holes! 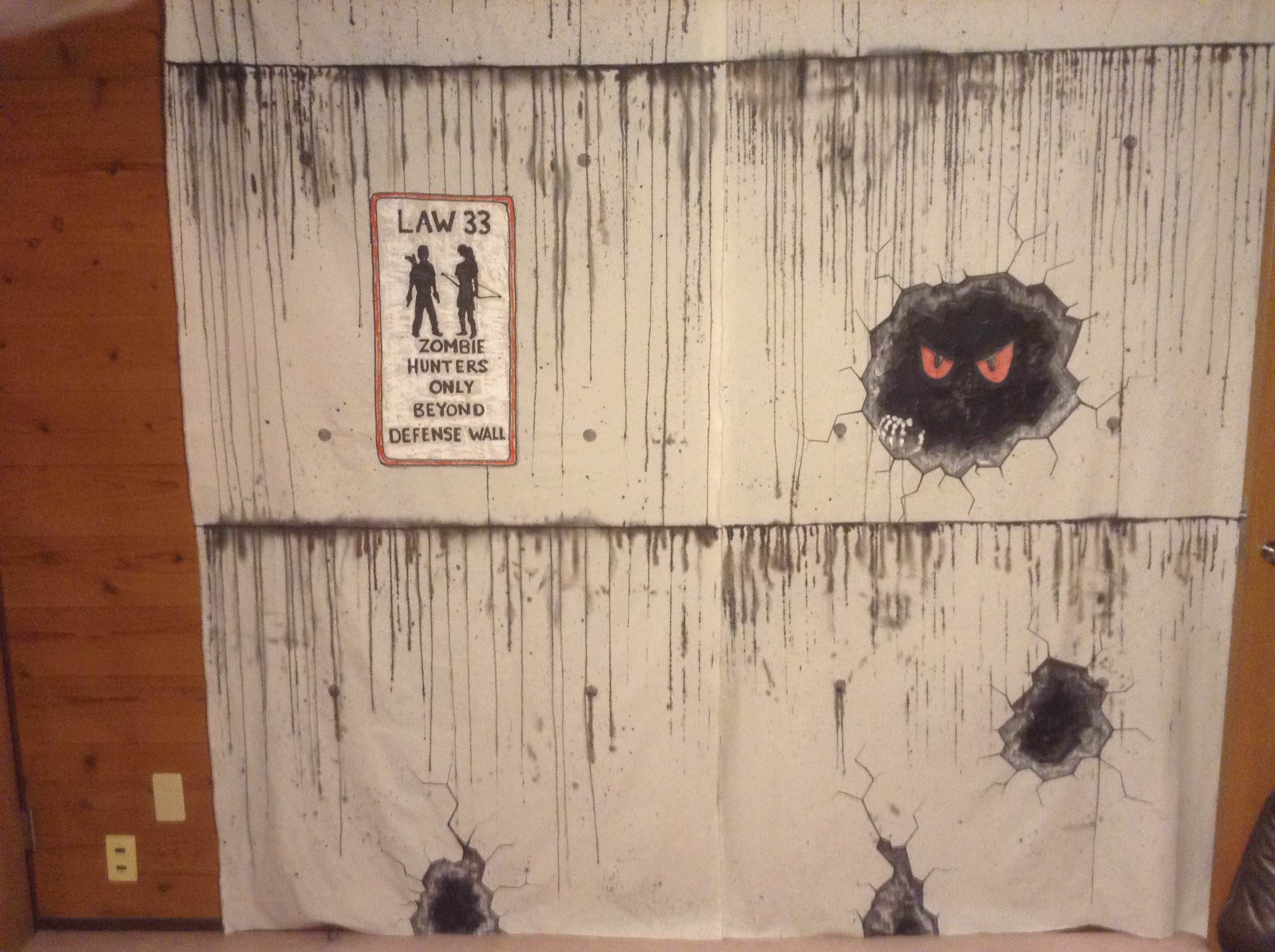 And I also got to add my little peeping guy that I've been adding to all of my backdrops.

We finished painting all of the sheets for this year. So, next I'm going to stencil "zombie virus" on my drum can and start work on the door.

Thanks! I think my favorite was the vampire theme, but this is slowly turning into something.

So, I drew that "Zombie Hunters only beyond the defense wall" sign and my 9 year old now wants to be a zombie hunter, not a zombie. AND I've been given a full costume design and props I'm supposed to make ... 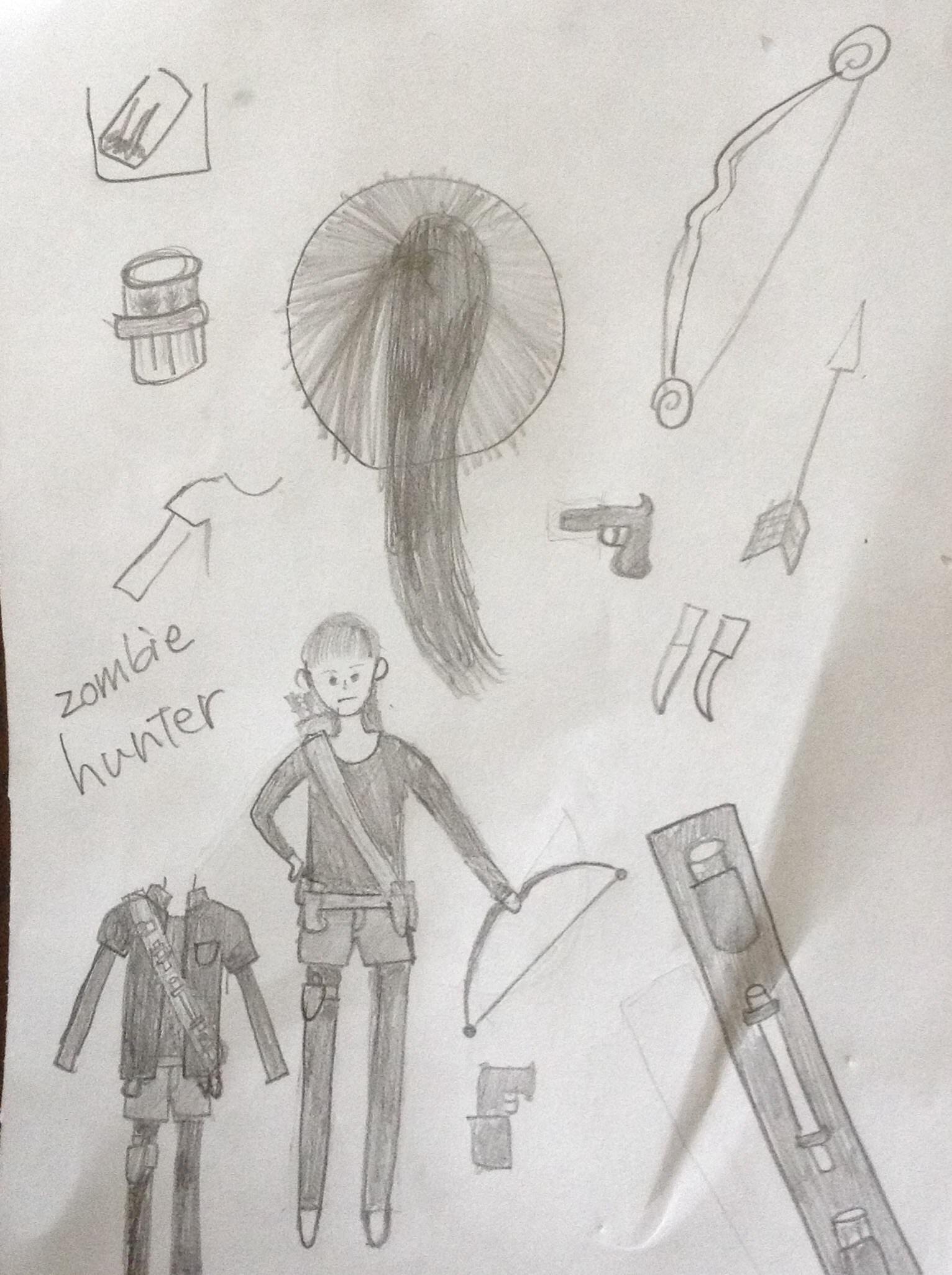 So, I guess I have to dust and clean up the armory. A bow and arrows, a couple knives and two hand guns ...

The drum is blue and rusty and I wanted to keep that. I also wanted to use some label paper for the stencil ... which would make application easier?

I also wanted it to be a little colorful. And so, here it is: 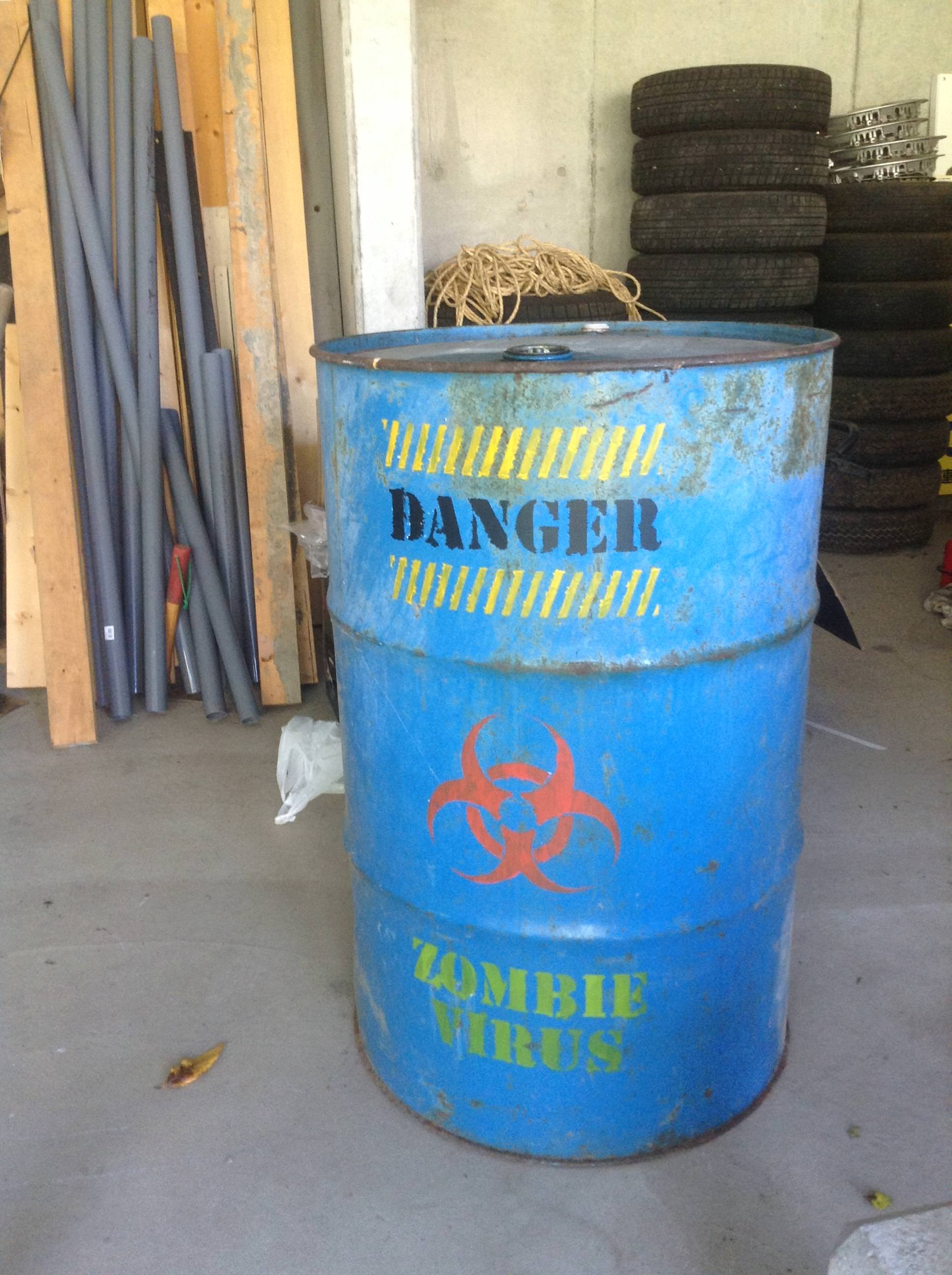 I went back later in the afternoon and made the "zombie virus" part a little more bold, but I didn't take new pictures.

Oh, no! Someone tipped it over! I wishe we would have used a stronger container. 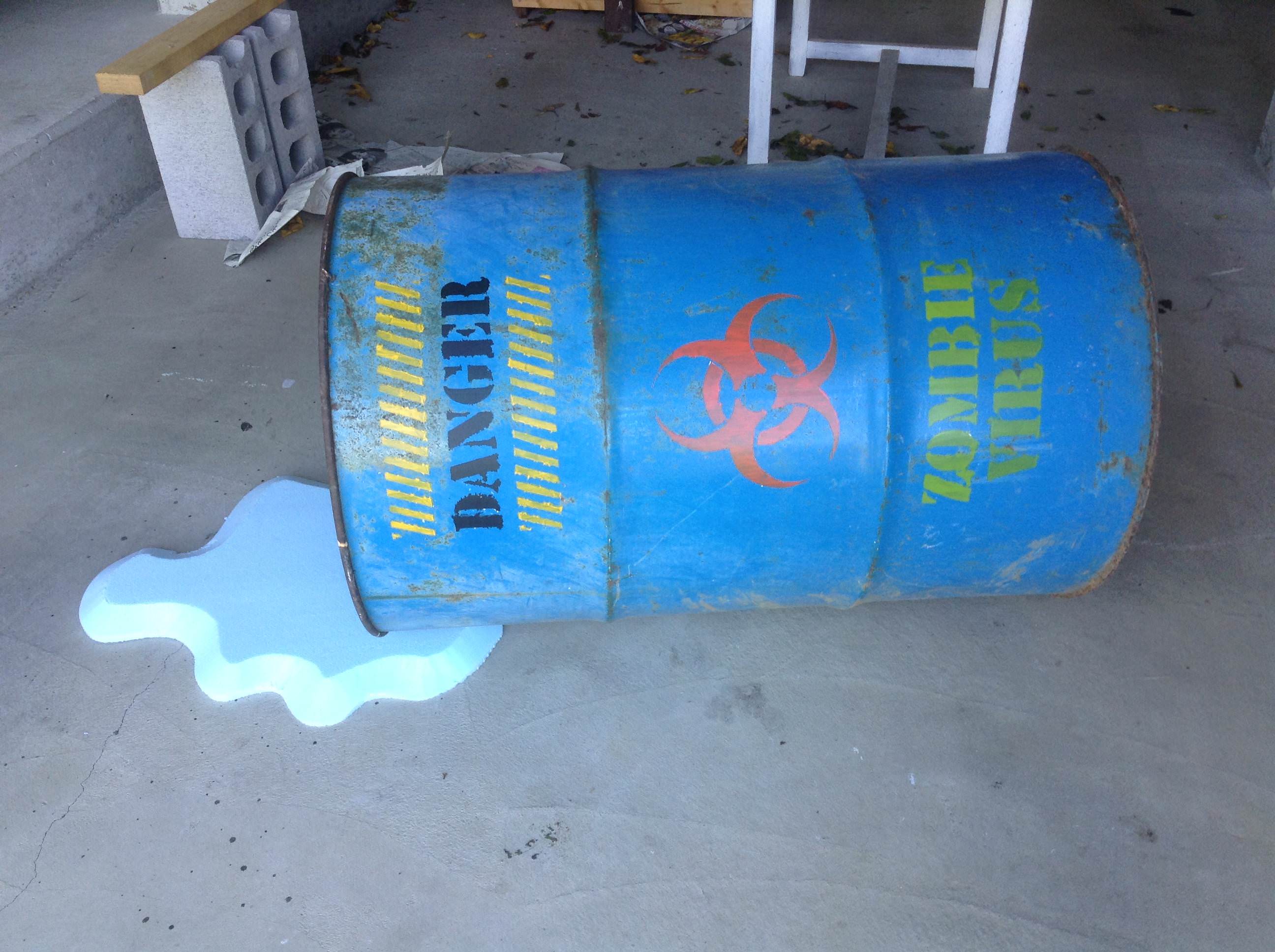 It was too early to start drinking, so I decided to paint the zombie slime. 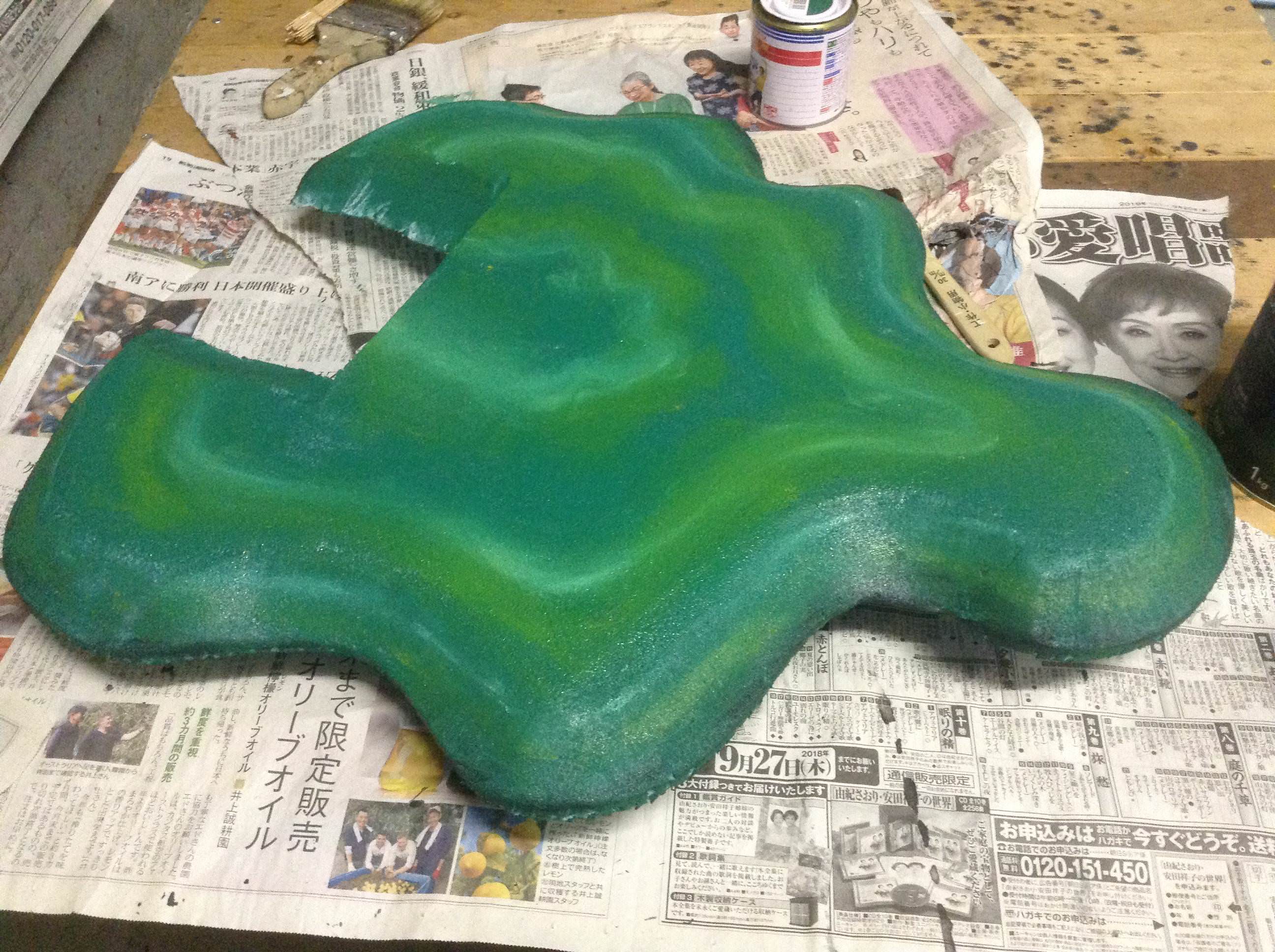 I tried to make it look like it's still sort of oozing out.

I'm hoping it dries a little more subtle. It always does ... And the pictures will be taken from a lot further away. If I make the details too subtle, they don't show up in pictures.

It was good to finish that and now I can move on to the fence posts or stage door.

And I lied one more place above ... at my house, it's never too early to start drinking

I admire how you always do something new each year, I can see just how much effort you put into it and it shows with fantastic looking props and scenery. I'd be tempted to break out the fog machine and chiller to get some creeping fog illuminated with green LEDs but I've no idea how readily available that stuff is in Japan, if I was local you could've borrowed it from me

Mind you if it's a small space you'd have to be very careful as it's too easy to create a fog out.
I hope everyone has an awesome time at the Halloween party, can't wait to see the photos

... I'd be tempted to break out the fog machine and chiller to get some creeping fog illuminated with green LEDs but I've no idea how readily available that stuff is in Japan, if I was local you could've borrowed it from me

SAM, thanks! It's been fun seeing some of these things turn a corner and start to look decent.

I would love a fog machine, but I'm worried about a fog-out and possibly setting off the sprinkler system. I tried dry ice one year but it was too much maintanence. But I'm going to think about it and see if it's possible. Some fog would look great coming out the stage door or sitting behind the drum.

One more piece completed. I put together and painted the fence posts. 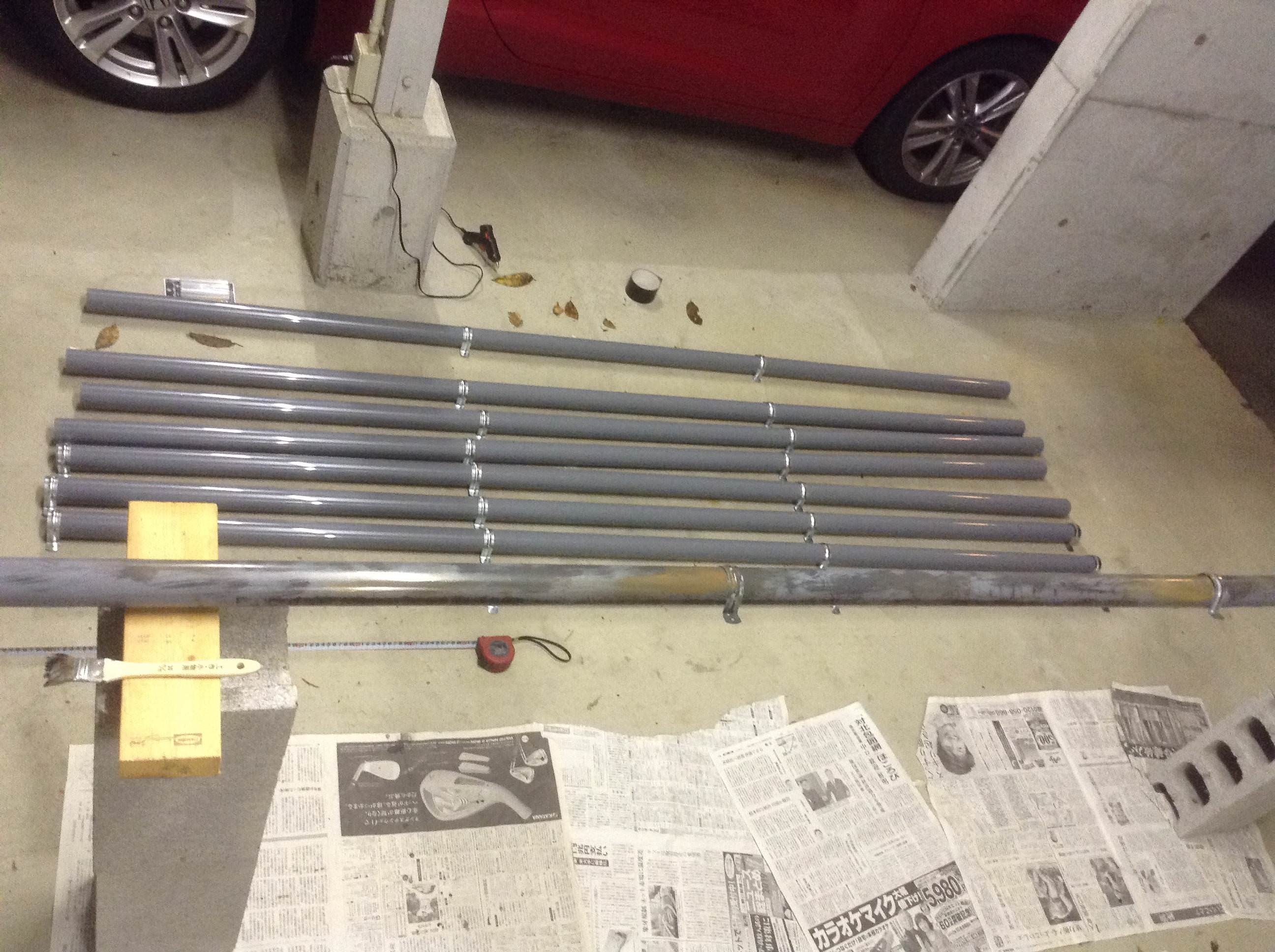 I painted 3 last night and ran out of time. I finished the rest this afternoon. 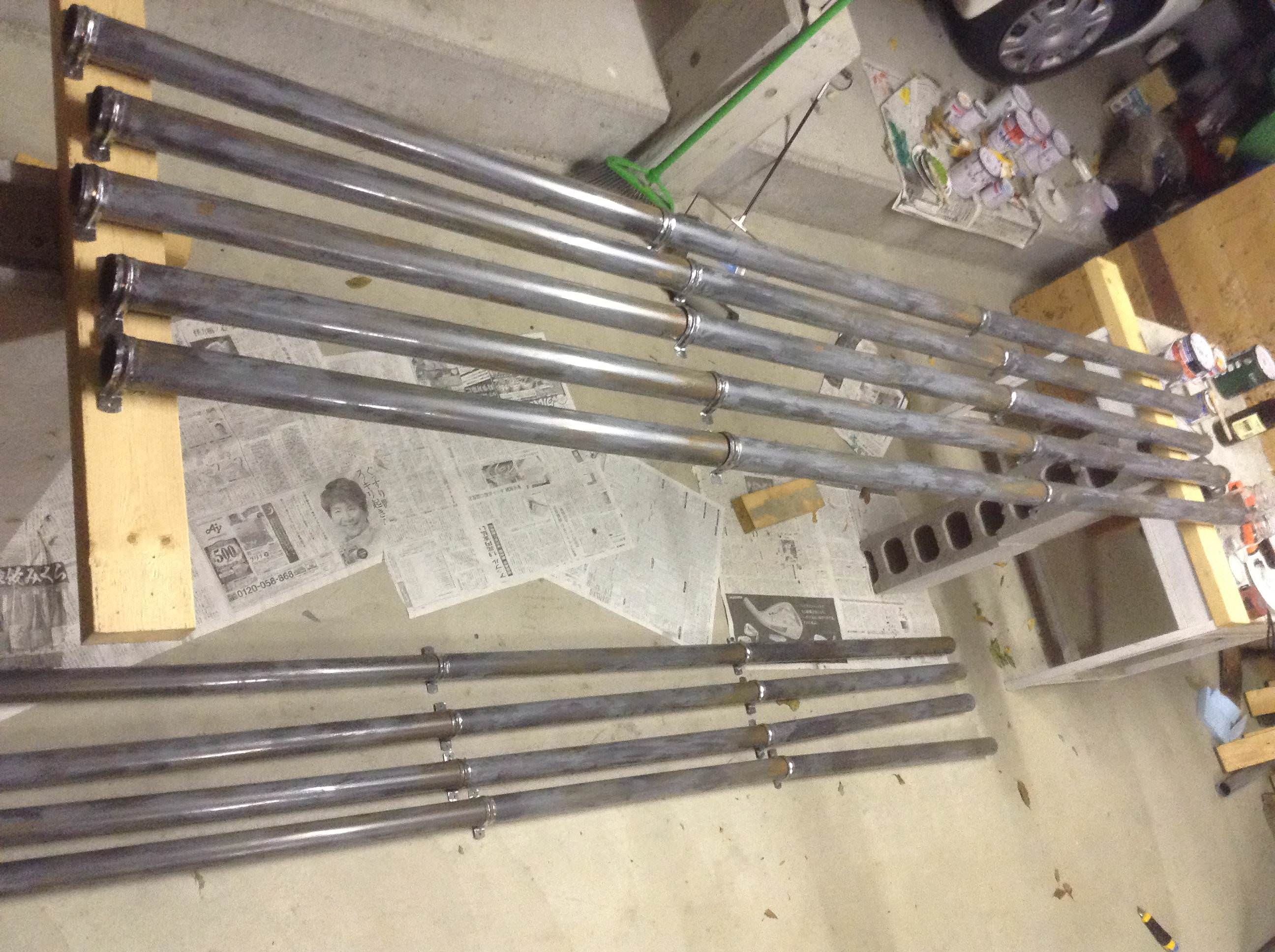 Now to just figure out how I'm going to get them to stand ... and stand straight.
Maybe that's a fun puzzle for the volunteers coming to help set up 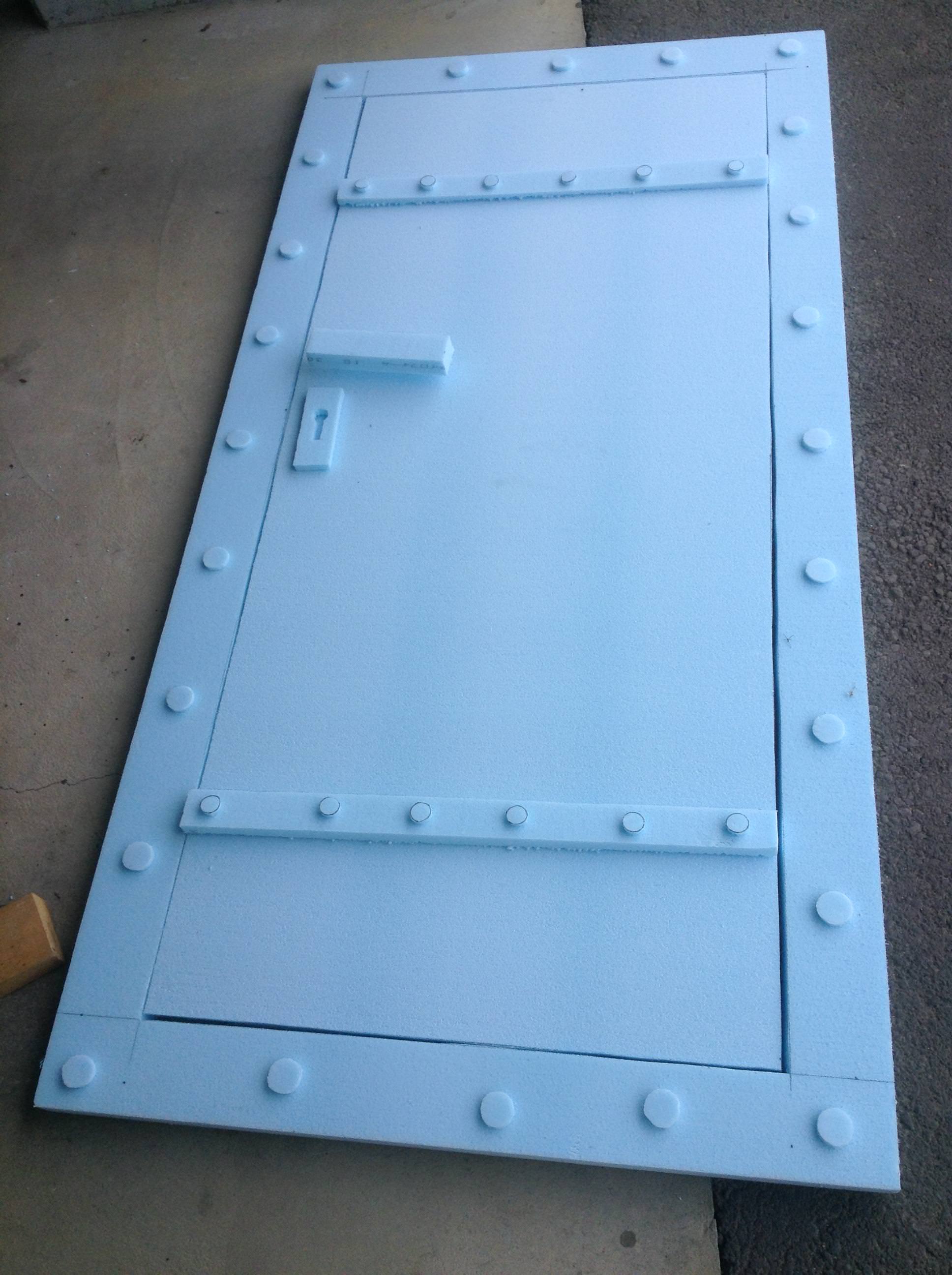 I painted the door and I'm trying to decide if I should stencil something on it or leave it as is... 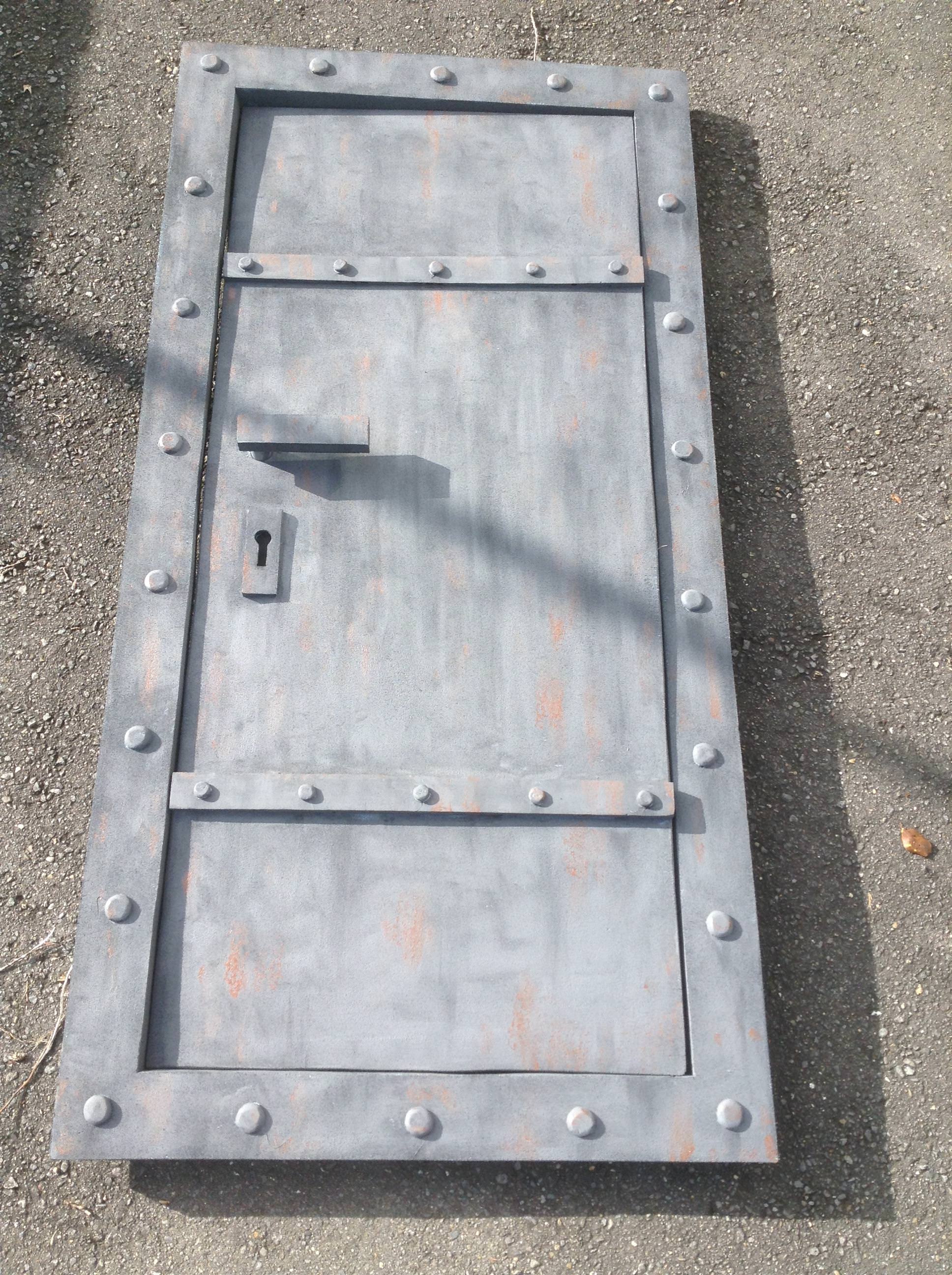 The door will be left slightly ajar for photos. The lock is a bit old school. I would hope the Defense Force would do a little better, but time restrictions often cause us to cut corners ...

I can't think of something simple to write ... I was thinking "keep closed" but that's not making me jump up and down ... Maybe the scene sells itself as is ...

Do you store all the hand made props to reuse each year?

Zee - thanks for the door idea. I'm going to hold off writing anything for now and see how I feel about it later. The door is good as is and if I don't write on it, I can probably reuse it in some other theme.

So, to answer your question above, yes. I try to keep as much as I can or break it apart and reuse the pieces. But sometimes I need to make room and I throw stuff away. Recently, I try to make less and make things that I can reuse. The last 2 halloweens we did a vampire theme and ghost theme. I think almost everything from those years is reusable. 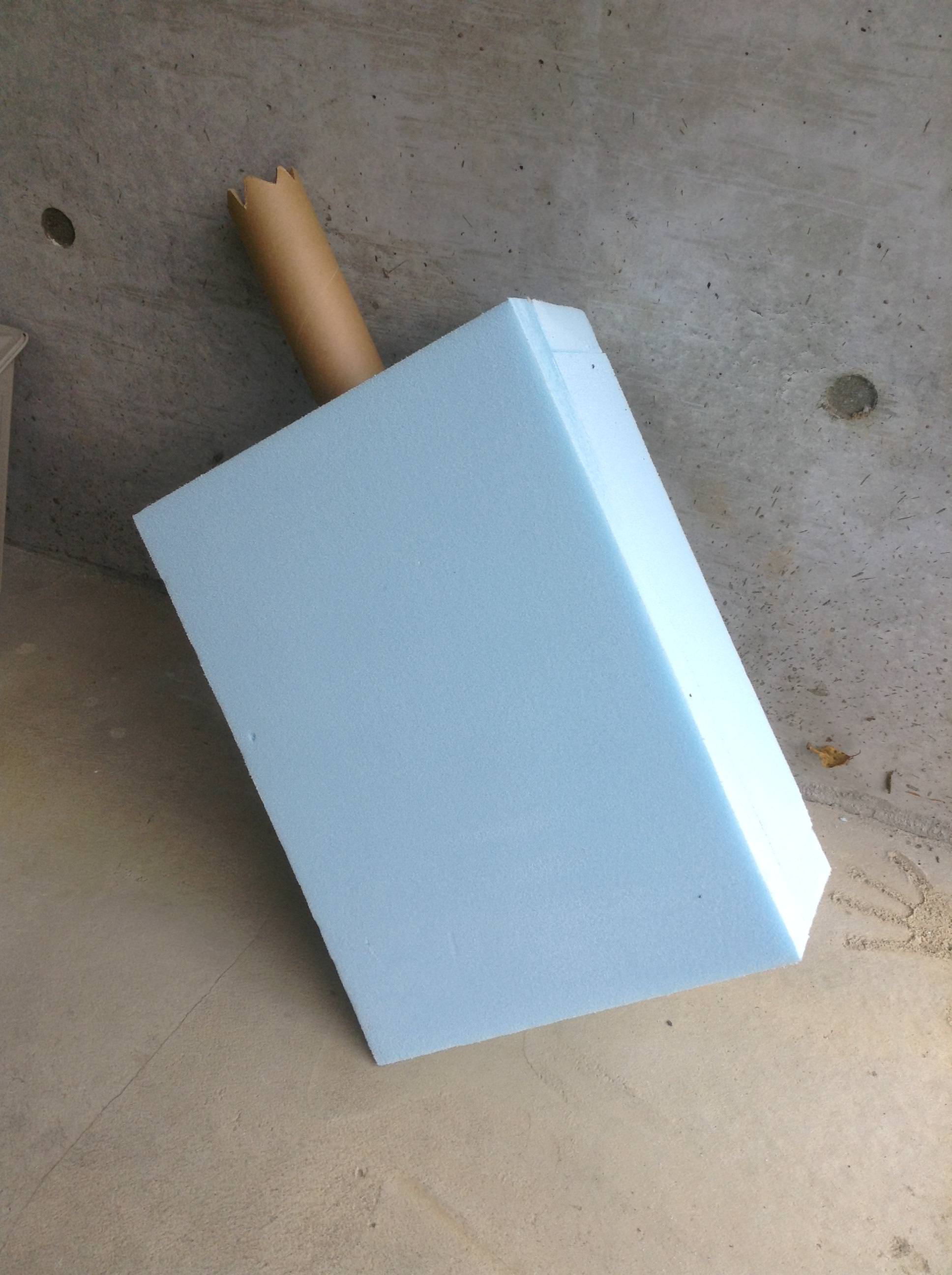 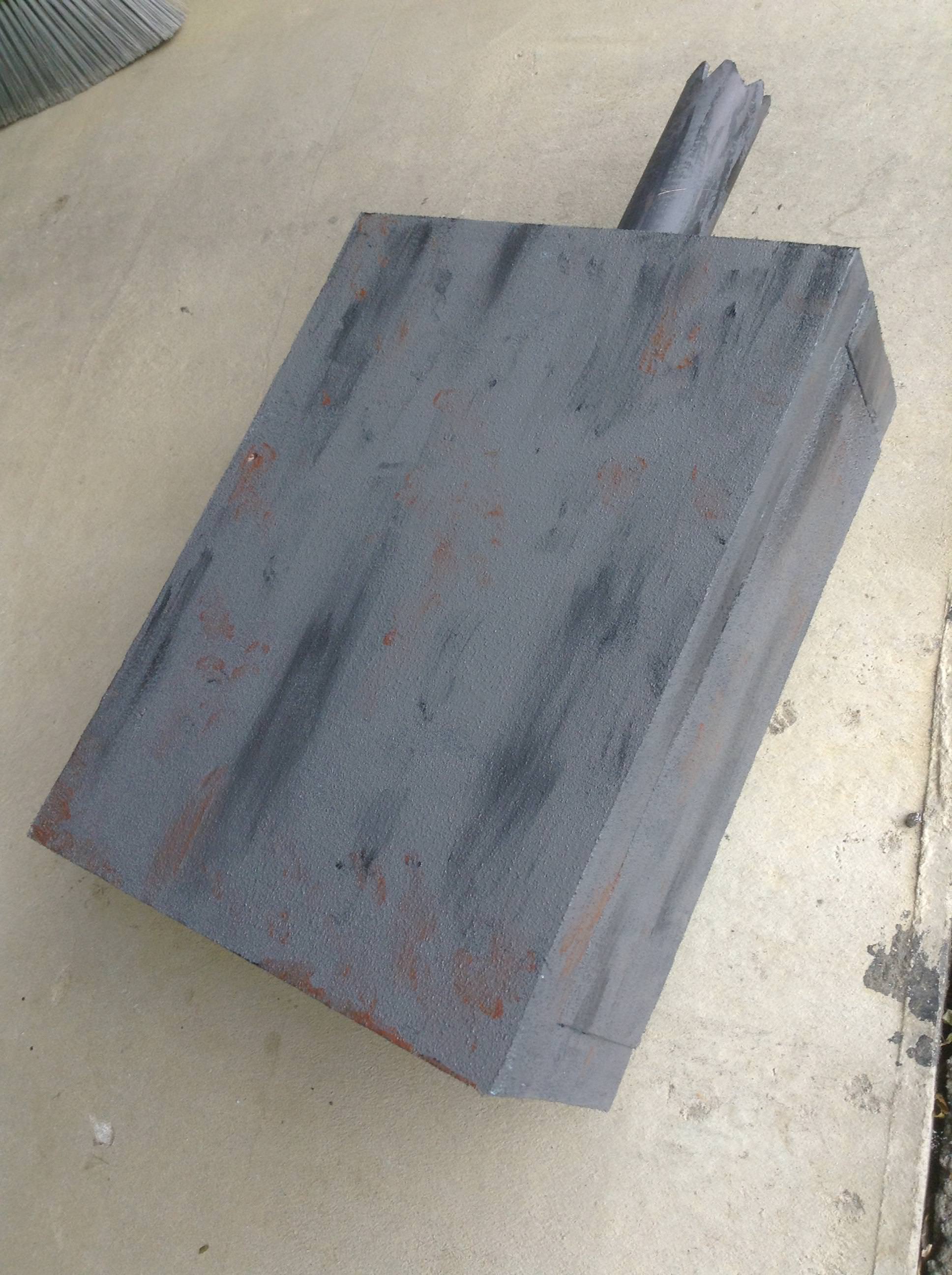 I cut the back corner off so that it will sit like you see it in the first image. - a little like it fell and hit the ground like that. I could just lean it up and hope it stays, but my party guests are always touching my stuff and it's only later, after I look at the pictures that I realize "it's all wrong!"

Tonight, I'm going to work on some broken and frayed wires for the top pipe that's been cut. In a couple days I'll stencil "Power Box" onto the front.
Halloween Certificates | Halloween Cards | Halloween Party Invitations 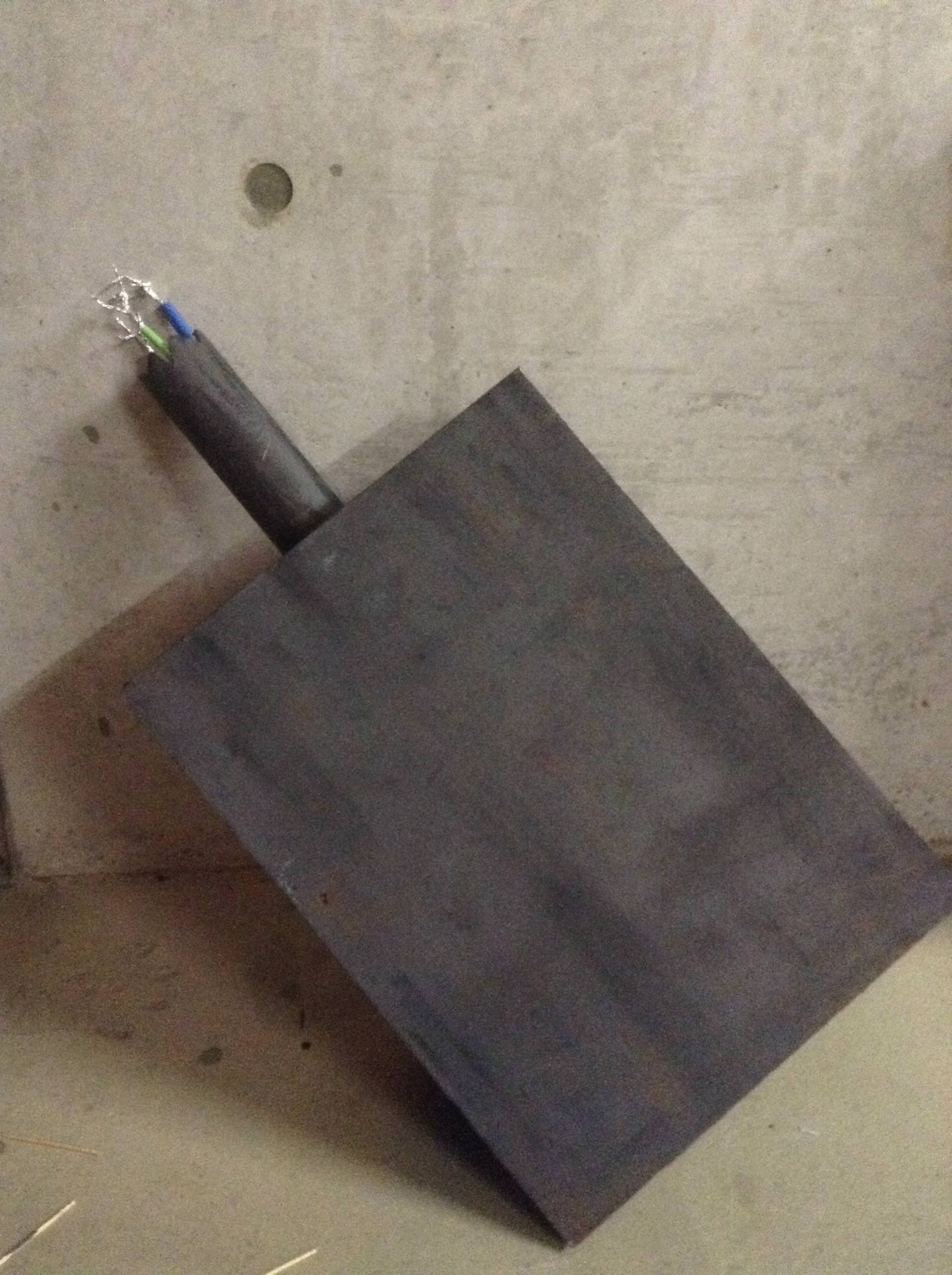 I wrapped some foil around a wire and then put some tape around it. 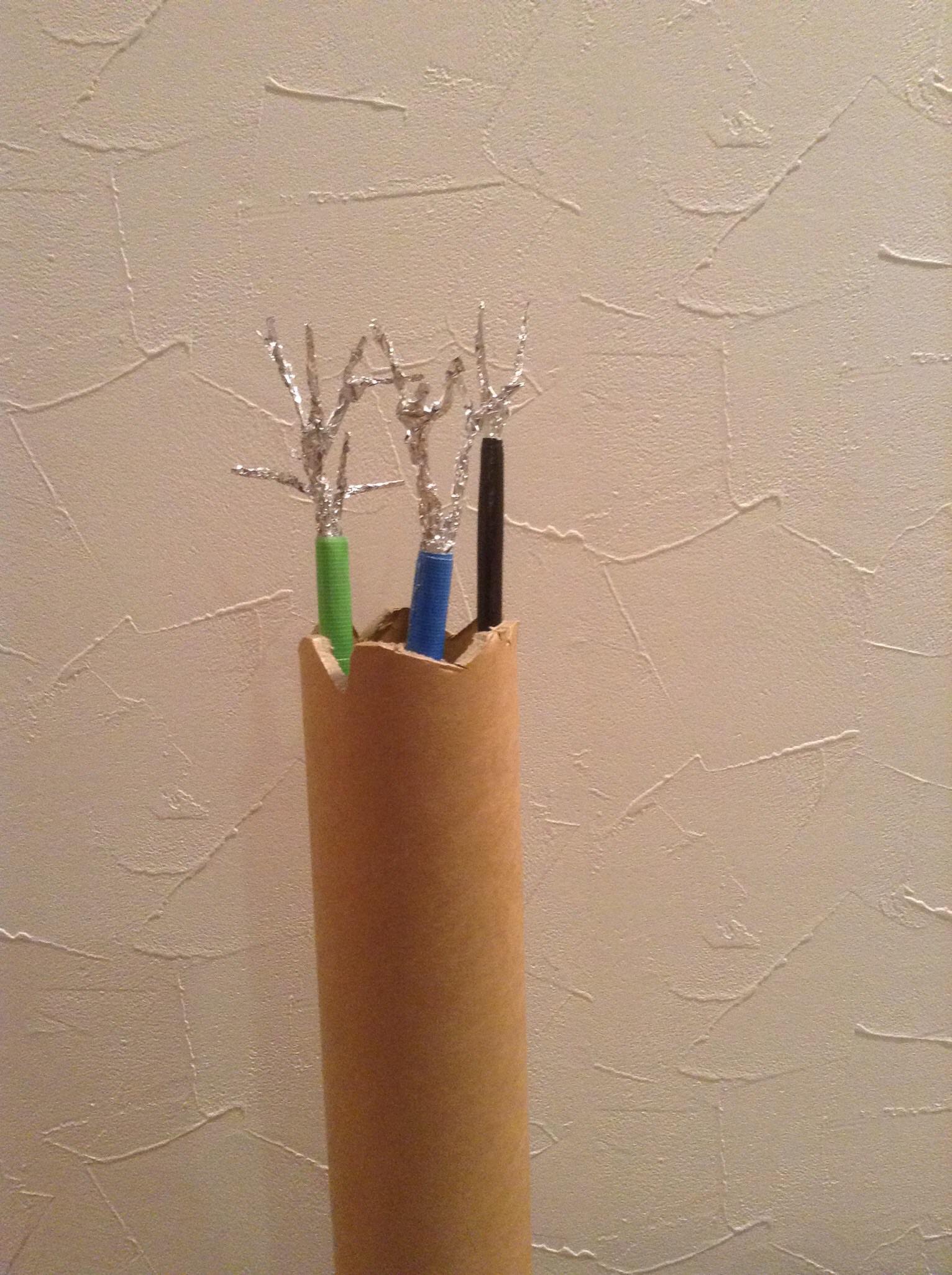 It's a little cheesy but I'm going to leave it for now. If I find something better in the next run to the hardware store, I might change it up.
amandap80 liked this
Halloween Certificates | Halloween Cards | Halloween Party Invitations