I don't know what's wrong with me this year...

Zombie Pumpkins! wrote:Maybe there's a certain "must carve" pattern that you're hoping to see released? Let me know what that might be.

Thats as good a way as any. I think that might help start you up.

At first I had trouble with the season because the weather wasn't cool enough (it is now). The site re-launch was what really set it in motion (for me). My suggestion, if Ryan's doesn't work, which I highly doubt. I would just surround your self with Halloweeny things. Soundtracks, pumpkin patches, Halloween stores and so on.

By nosferatu  Tue Oct 22, 2013 4:37 am
Like
Tue Oct 22, 2013 4:37 am #82260
It must be some sort of Halloween virus! This year I am not enamoured with Halloween. Maybe it's because that the shops always have so little and what there is is tat. I find that once I get my delivery from Ryan I become more upbeat. Open the box, minion shirt on, all ready to carve. For me it's always the lack of pumpkins and this year I am busy in the run up to halloween so feel underprepared. However, bought my first couple of pumpkins last night and have started the process of stencil elimination. I am now down to about 250 that I feel I need to carve!

I also think it's because so many people have started carving early and turned out some fantastic carvings and pictures. Feeling slightly left out. I reckon once you get your carving gear ready and get your hands on some pumpkins you' ll be flying.
in the name of The Carver and the holey Gourd. Amen.

I just try to focus on the people who enjoy what I do, the ZP community if only that. But, for many people around me, my halloween party and displays have become a party of fall for them. They enjoy visiting the house and of course get excited about the party.

So, like has been said, maybe get your hands dirty with carve or two and you'll remember why you enjoy it. You might also be encouraged by the response of those around you.

By Joey  Tue Oct 22, 2013 2:41 pm
Like
Tue Oct 22, 2013 2:41 pm #82327
I'm getting that feeling this year too. I attribute it mostly to just general life situations not being very ideal for me right now, and it's bleeding over into the pumpkins. But I've found that actually sitting down and carving, even if I'm not in the best of moods, really helps out. Visits to the local pumpkin farm also worked out well for me. Hope the spark hits you soon!
Pumpkin and Watermelon Gallery

By Raven  Tue Oct 22, 2013 6:08 pm
Like
Tue Oct 22, 2013 6:08 pm #82334
I'm with you, Tony! I haven't been as excited this year for it as I usually am. It took me awhile to carve anything, even though I had my pumpkins since September. I wasn't even going to buy that many of them this year, but still ended up with 12 I think. I'm not really into my costume although I've really tried to get into things by making hubby's costume. I still don't want to do the whole trick or treat thing we do every year with my nephews. I did decorate a little, but still have things in boxes that I usually put out.

Once I carved that first pumpkin I did get into doing that a little more. I only have 4 left to carve and was feeling like maybe I should go buy a few more. Maybe you just need to get that first carve done and things will fall into place.

I know my issues this year are health related. I'm not exactly sick but I do have an ongoing problem that I'm dealing with and it's starting to take its toll. It sucks when things like that interfere with holidays. Takes the fun right out of it.

Raven wrote: I did decorate a little, but still have things in boxes that I usually put out.


mesmark wrote:I have periods where it gets to be too much or I'm just not into it, but it always turns around.


nosferatu wrote: Maybe it's because that the shops always have so little and what there is is tat.

If I'm honest the carves I've done already this year have only been done because the pumpkins were starting to rot and I didn't have the heart to just throw them out. Although one did get chucked as it rotted too much. I did enjoy doing them but it took a bit of effort to pick up the carving tool. Also not really having anyone else that is as interested starts taking its toll. It's nice to have people to bounce ideas off of but if you are met with a bored gaze or rolling eye it can put a damper on things. The forum here definitely sparks my interest in fact I know I wouldn't bother with pictures and amounts of carves the same if it wasn't for you lovely lot and ZP!

TK, if I were you I wouldn't let it get to you too much. Just do something that you really enjoy, be it watching a favourite horror, baking something seasonal, going for a walk or drive somewhere that is really lovely at this time of year, even just carving one pumpkin. You'll get the halloween fever, it may not be as strong as years past and it may not last as long but it'll be there.
They're coming to get you, Barbara!

I guess, for me, it's a combination of not having my own Halloween party (which is a big one as I've slacked on a costume, decorating, etc), and the Halloween club night that Mrs Z and I were going to has been cancelled. It just feels like this year is a bit of a washout.

HOWEVER! I am determined to turn this round and make a better go of Halloween over this next week


Zombie Pumpkins! wrote:Maybe there's a certain "must carve" pattern that you're hoping to see released? Let me know what that might be.

By amandap80  Wed Oct 23, 2013 9:56 am
Like
Wed Oct 23, 2013 9:56 am #82394
TK,
I started out this year feeling very overwhelmed, and less than enthusiastic. Everything felt like a big chore. I decided to take all the pressure off myself. If something doesn't make it into the display, so what? If I carve 5 pumpkins instead of 10, so what? I am my own worst critic, no one else would probably notice if I didn't get out one or two containers of decor. I stepped back, took a deep breath, and told myself to only do the things I enjoy. I was cutting open a pumpkin to make a hot dip for an office potluck when the smell hit me. The smell of fresh cut pumpkin. It brought a smile to my face and I started to feel the Halloween spirit again. Hail the Great Pumpkin!
Whenever I have to urge to run through my yard naked, I drink some Windex. It keeps me from streaking.

By Zombie Pumpkins!  Wed Oct 23, 2013 10:11 am
Like
Wed Oct 23, 2013 10:11 am #82399
Yeah, I think a lot of us Halloweenies put pressure on ourselves. Each year more and more things seem expected of us... and we want to keep topping ourselves. But eventually it starts to feel like work, and we lose sight of why we do this in the first place. So it's smart to take a step back, and focus on just the things we enjoy most. As you said Amanda, who cares if you don't put out every decoration, or carve as many pumpkins as another year?

I never have the time to do all the things I'd like to. So I'm realistic with my plans. I tell myself... if I can carve a few pumpkins, watch a horror movie, walk outside surrounded by colored leaves, go to a Halloween store..... I'll be content. I've already checked off a lot of these things from my list. I don't feel the pressure this year. I'm in a zen state. It's liberating. 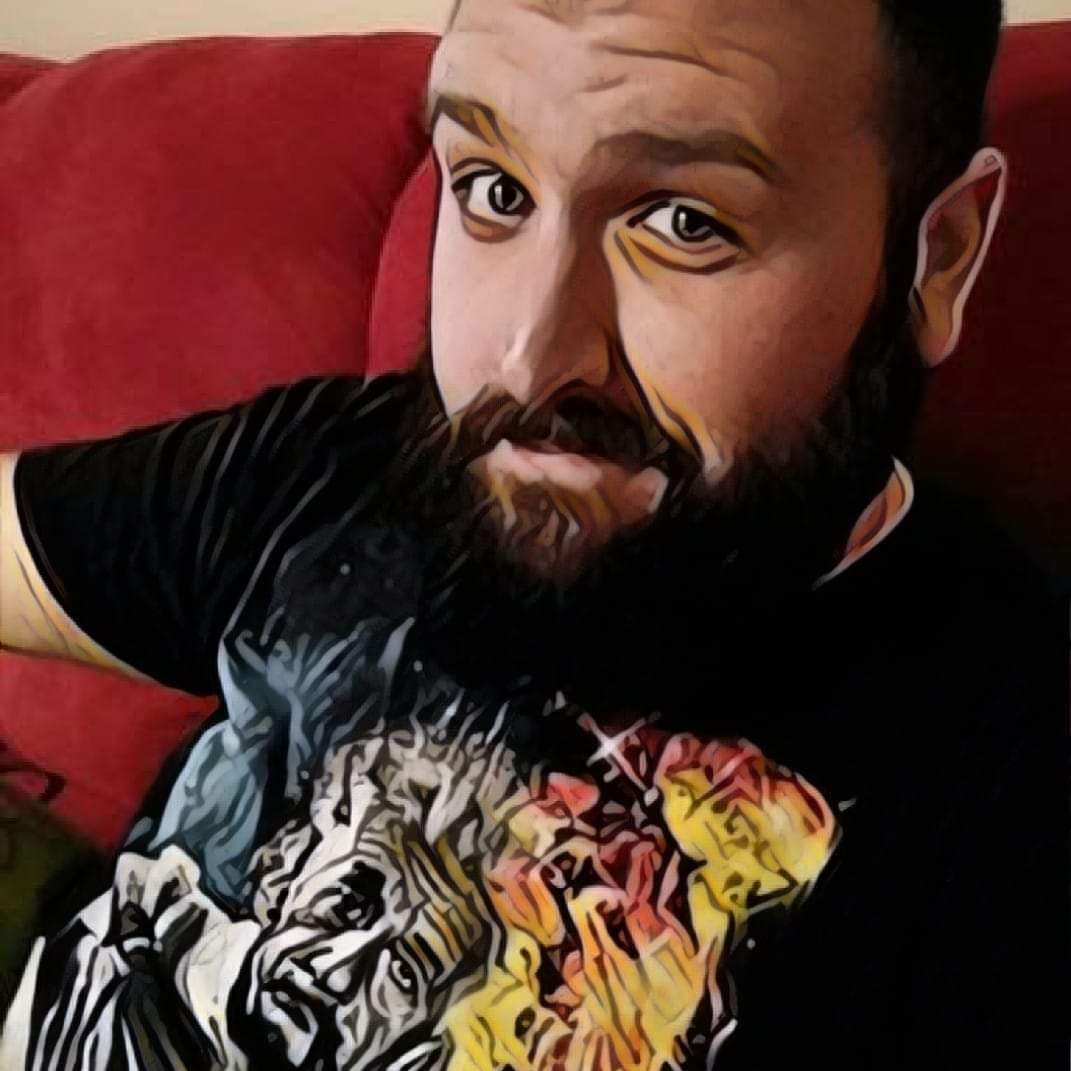 I'm just not feeling it this year. Maybe it's all the stresses of life this year.

By Tkaraoke  Thu Oct 24, 2013 3:43 am
Like
Thu Oct 24, 2013 3:43 am #82518
I finally bought 4 pumpkins and was thinking that should make a decent display unless I can find some on sale. For some reason that have been very expensive at the stores this year at about $10 for two. Normally I can usually find then for $3 a piece so I think I will stick with 4. I found all my tools but not sure how much transfer paper I have. I keep telling myself I will pick some up during the off season but I never do.

BTW: Your newest VIP pattern has made me very excited! I have an idea on how to modify it to my liking. That's a start!

Zombie Pumpkins: It's CARVE or BE CARVED!!!