By Zombie Pumpkins!  Mon Oct 11, 2021 4:38 pm
Like 2
Mon Oct 11, 2021 4:38 pm #105613
I've always been fascinated with stop-motion animation. Such a painstaking art form that you don't see much anymore, in the era of CG. Thankfully LAIKA Studios continues that classic tradition of bringing small puppets to life, while innovating with new technology.

Their studio shot out of the gate with Coraline, which became an instant classic and is often celebrated around Halloween. Most recently, Missing Link won the Golden Globe Award for Best Animated Feature Film. But personally, ParaNorman is the film that resonates for me. Norman surrounds himself with posters of horror b-movies and talks to ghosts. I can totally relate!

So I was thrilled and honored to collaborate with LAIKA Studios, creating several new pumpkin patterns featuring their heroic animated characters. And you have a chance to get in on the fun too - by carving one of these designs, for a chance to win cool prizes in several categories. Visit the LAIKA Pumpkin Carving Contest page for details about how to enter. 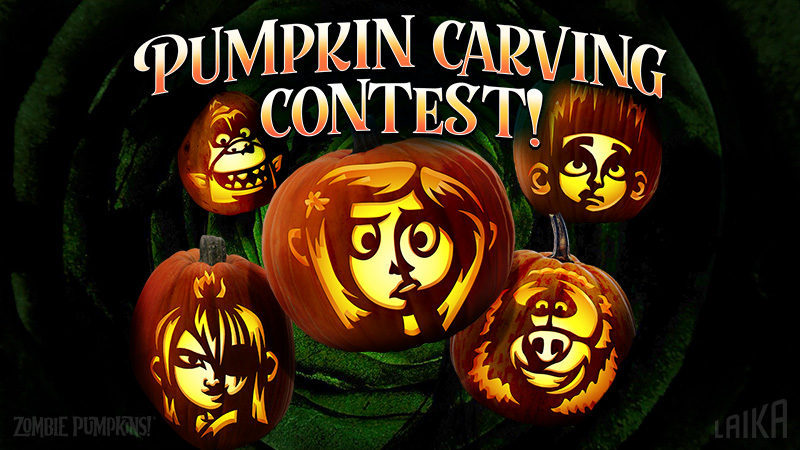 I think many pumpkin carvers will be pleased with this release of 5 free patterns. Norman, Fish, Kubo Mr. Link... and especially Coraline, which people have been begging me to offer for ages. But I'm not done with LAIKA quite yet. I want to know... do you like-a LAIKA like I like 'em? And if so, what OTHER characters or creatures from their movies would you like to see on a pumpkin? Just be careful what you wish for. 🧵

You've been looking for a special pumpkin for your fantastic garden? Well she's a peach, she's a doll, she's a pal of mine. She's as cute as a button in the eyes of everyone who's ever laid their eyes on Coraline. 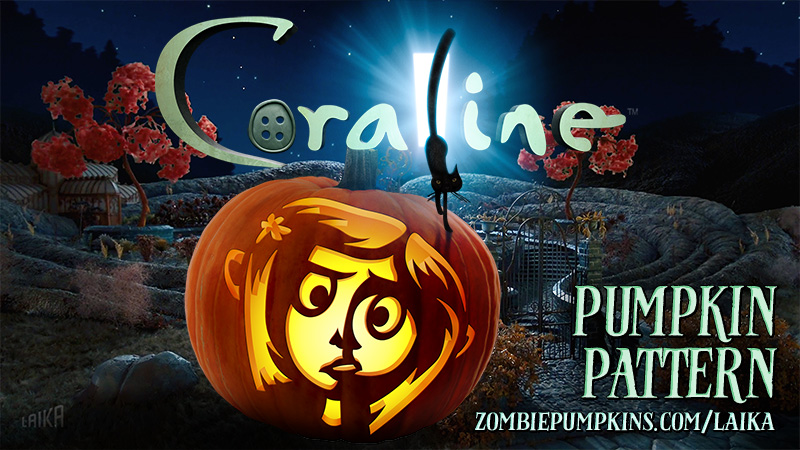 Other kids pick on Norman, but he does have some friends. It's just that most of them aren't exactly alive. Which gives him an edge when battling zombies. After all, you don't become a hero by being normal. 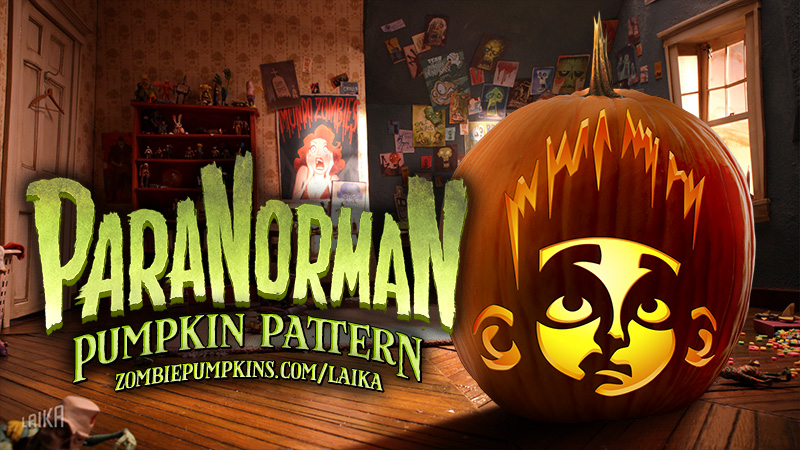 Like all Boxtrolls, Fish dares to be square. As a stand-in dad to Eggs, he can appreciate traditions like Halloween. Fish teaches the child that heroes - like pumpkins - come in all shapes and sizes. Even rectangles. 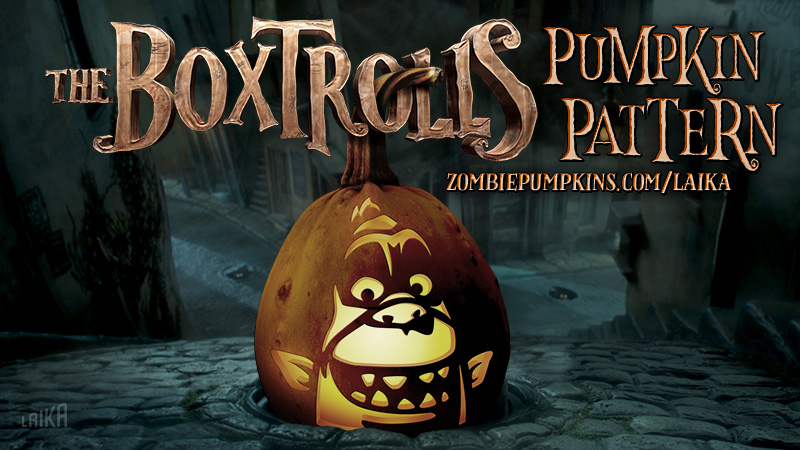 Pay careful attention to this Kubo pumpkin, no matter how unusual it may seem. If you look away - even for an instant - then our hero will surely perish. So prepare for your quest to carve. If you must blink, do it now. 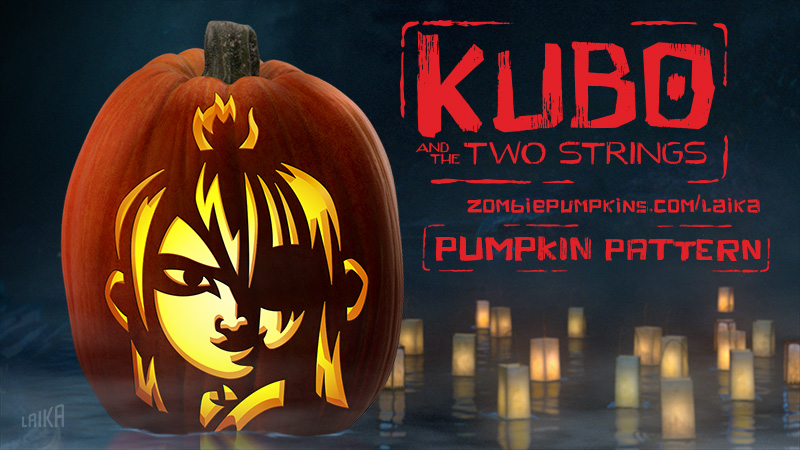 Mr. Link yearns for companionship. Let your Halloween decor evolve to mythical proportions by welcoming this sasquatch home. Not only is he a charming companion, but he's literally the colors of autumn. 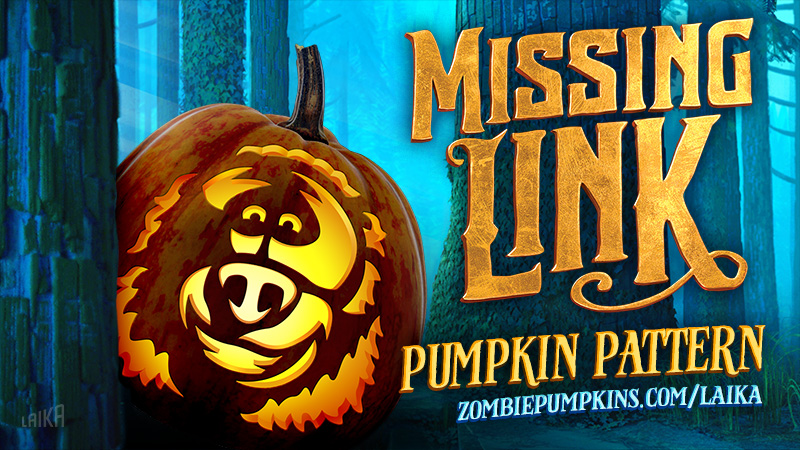 .
Zombie Pumpkins! liked this
"Some people are born to use a chainsaw. Me. Well I got one attached to me. "

By Zombie Pumpkins!  Wed Oct 20, 2021 10:00 am
Like
Wed Oct 20, 2021 10:00 am #105710
The LAIKA Pumpkin Carving Contest continues all month, and now you have even more options for your Halloween displays and contest entries. It really feels like Halloween now that the baddies have come to town. Take your pick from villains including Other Mother, Zombie Judge, Snatcher, Moon King and Lord Piggot-Dunceby. 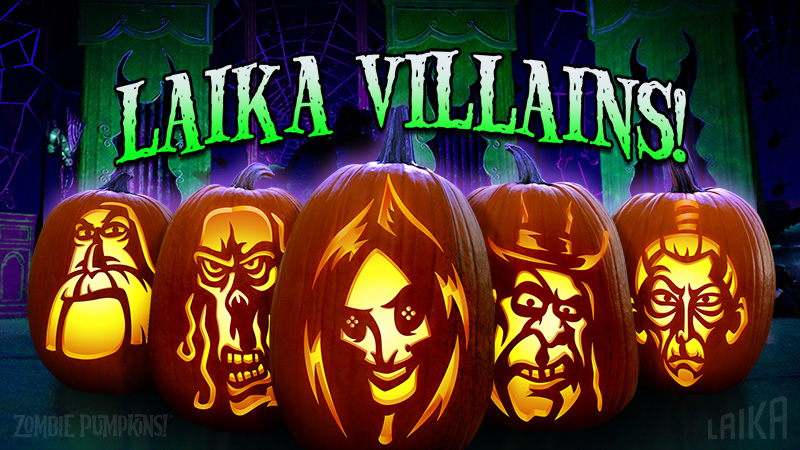 For you, our little doll, Other Mother wants you to have this pumpkin. Black is traditional, or maybe orange. We need you to carve if want to stay here. So sharp you won't feel a thing. Soon you'll see things our way. 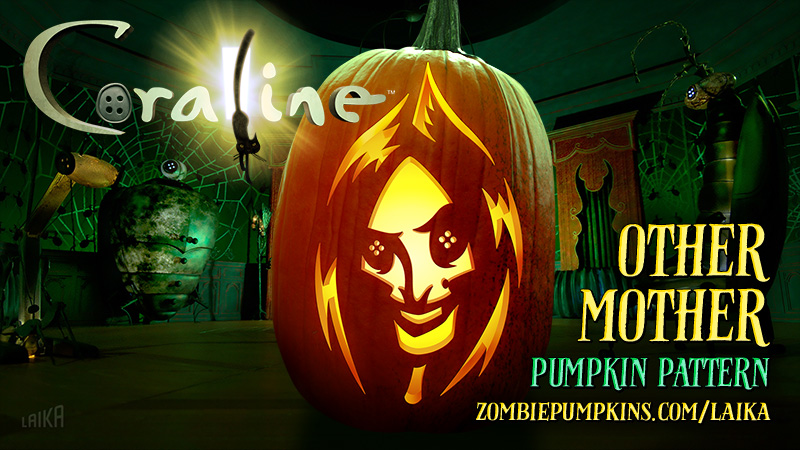 Here lies honorable and not-quite-dead Zombie Judge Hopkins, risen from the cemetery of Blithe Hollow. But if you're courageous enough to carve this jack o' lantern, the truth of his curse might be brought to light. 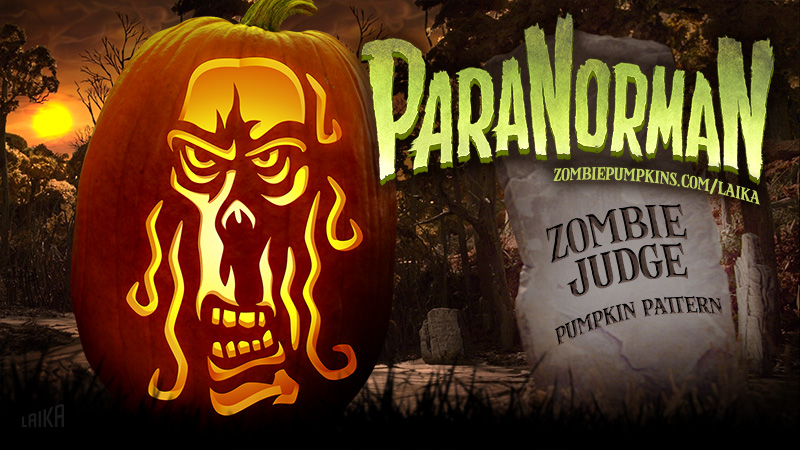 This pumpkin has deep-seeded resentment for the Boxtrolls. Elevate your status this Halloween by proudly displaying Archibald Snatcher at your table, and you'll be chewing the cheddar with the big cheeses. 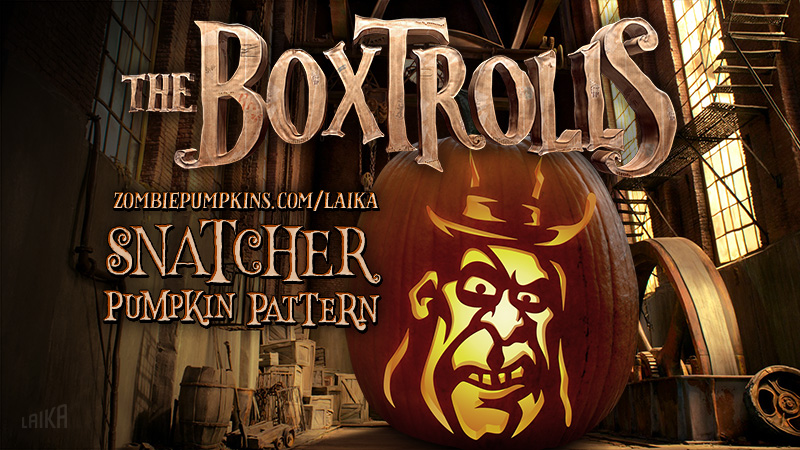 The Moon King looks down from the heavens with his silvery eye. Accept your birthright and join his pumpkin. Then you'll see the light too. Will this Halloween have a happy end? See for yourself. 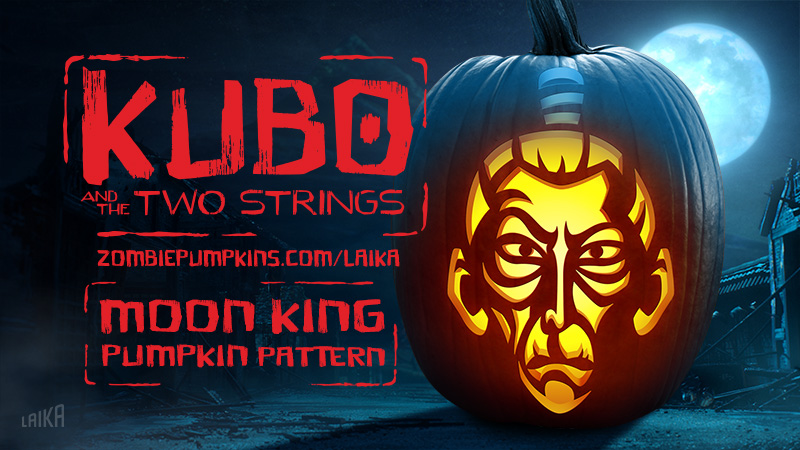 Lord Piggot-Dunceby is the arrogant leader of the members-only Optimates Club. Carving a pumpkin of his likeness may earn you entry to his fellowship of adventurers, explorers and self-proclaimed great men. 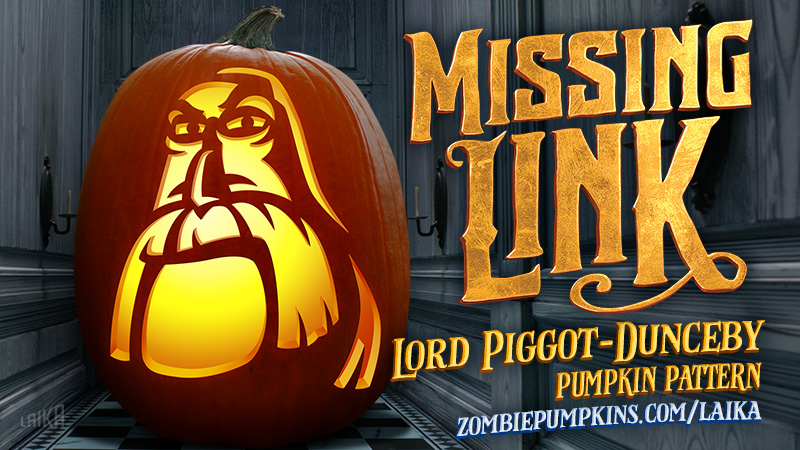 By Ajax  Wed Oct 20, 2021 12:11 pm
Like
Wed Oct 20, 2021 12:11 pm #105713
Whoa that's alot of patterns. I am a fan of this studio but have only seen Coraline and Paranorman both at the movie theatres for the first viewing. I know of Box trolls and Mr Link but have not seen them. Kubo has escaped me completely. I will have to rectify this immediately and watch the movies I haven't seen. The movies I've seen are awesome with great music and animation. 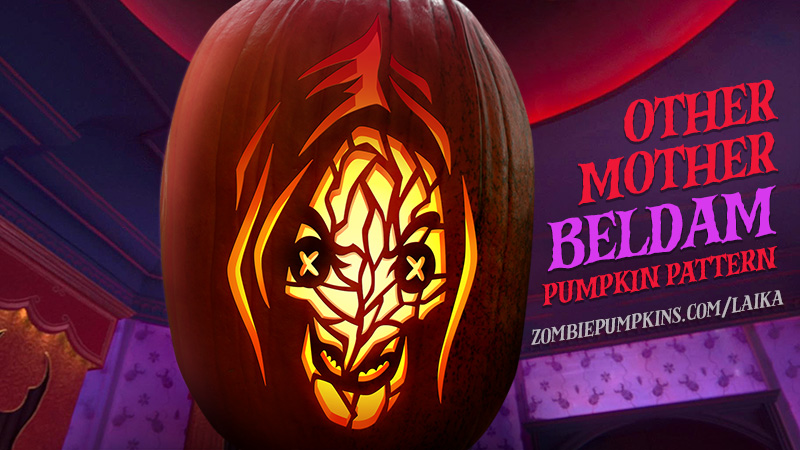 Your Other Mother doesn't want you to leave. And how you dare you disobey your mother? You're going to stay here forever. The Beldam wants something to love. Or maybe she'd just love something to eat. How do you taste?

JESUS CRIPES. THAT IS A LOT OF CUTS. Props to who is gonna tackle this one this close to Halloween!

Fantastic pattern. I sure as hell would struggle with this one

Ah yes, the winners were announced on LAIKA's social media accounts on November 8, 2021. The rules stated that contestants could use the Zombie Pumpkins LAIKA patterns or create their own original designs. Unfortunately none of the chosen winners used my patterns, but they're still great works of art. I'll archive them here, so you can see: 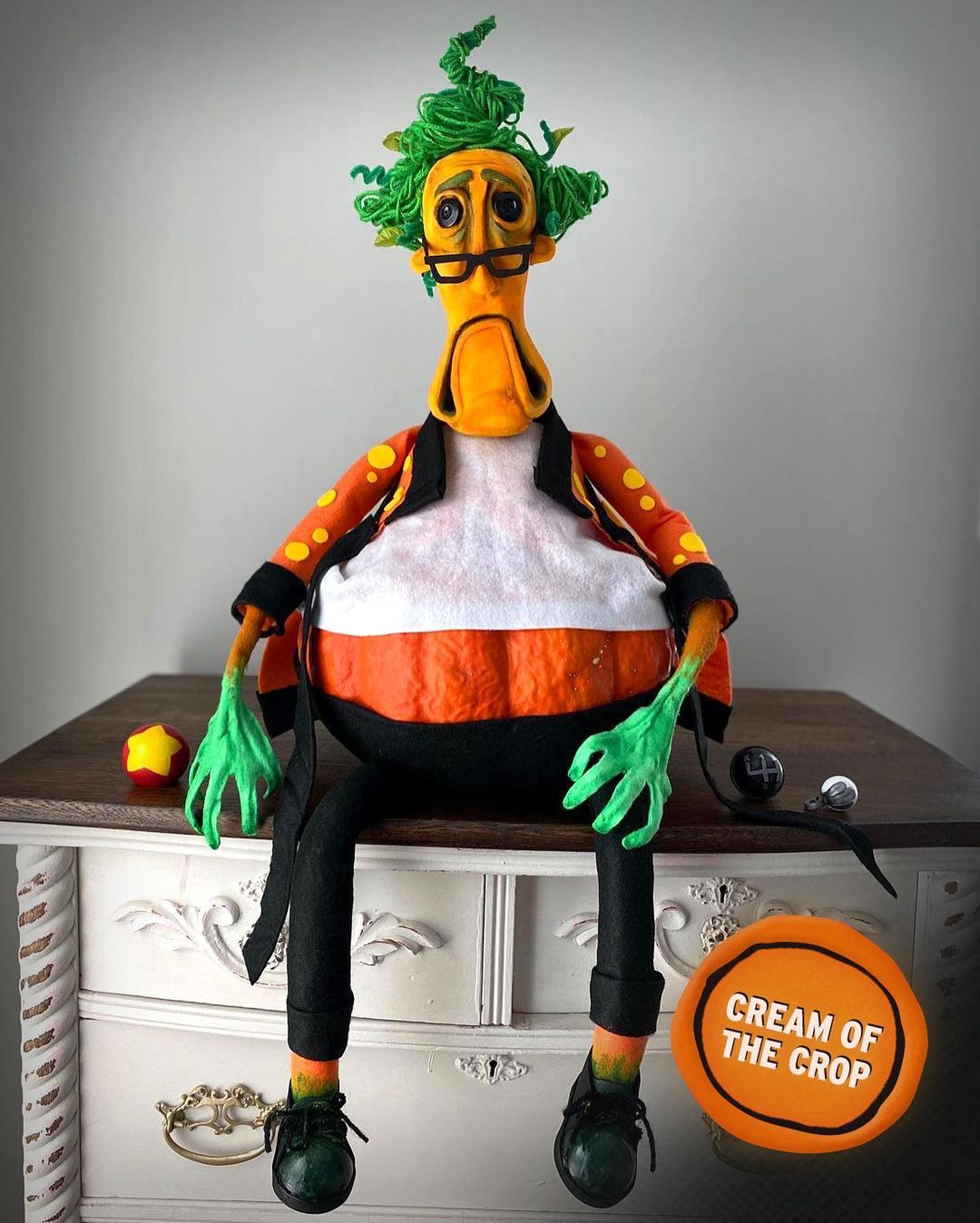 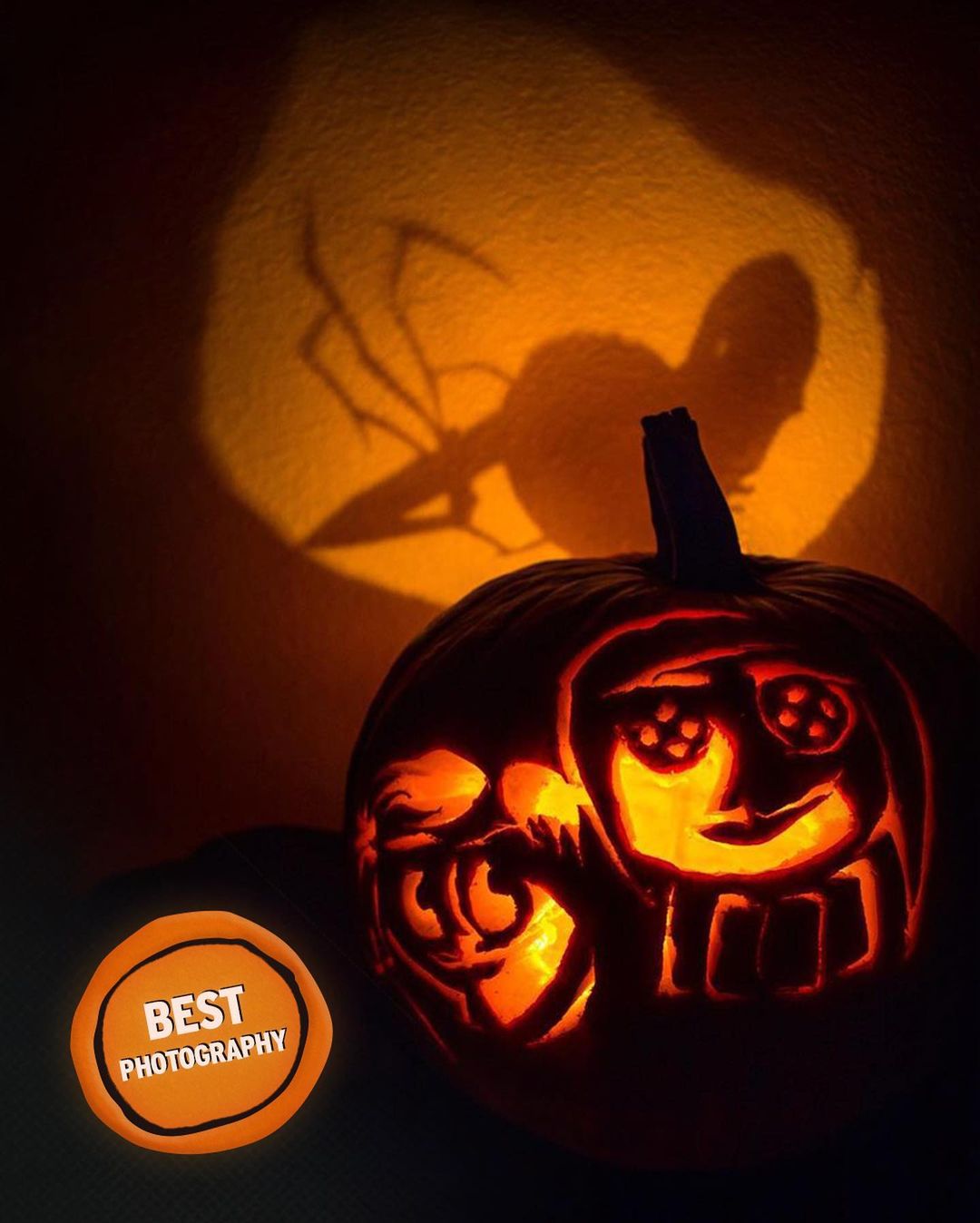 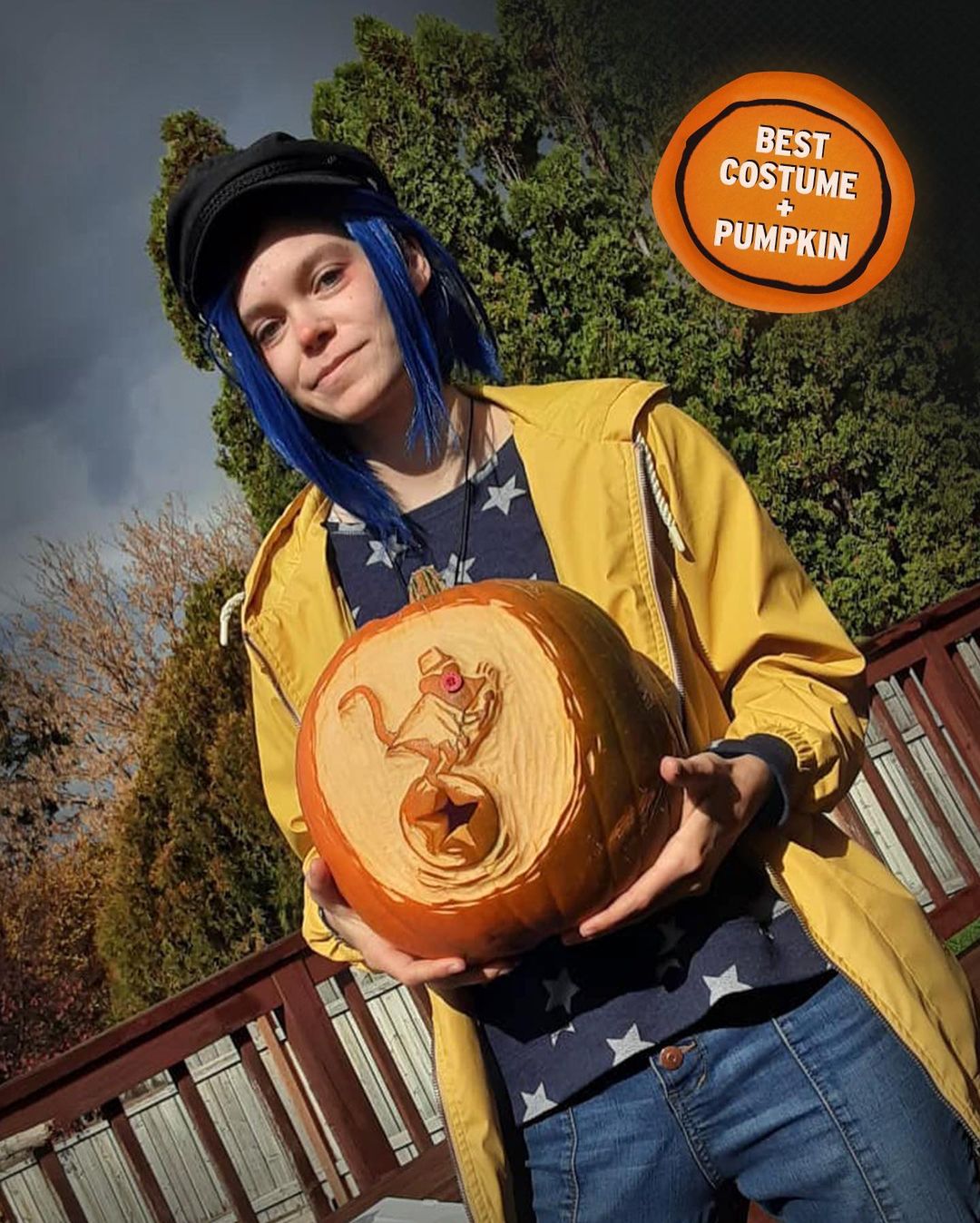 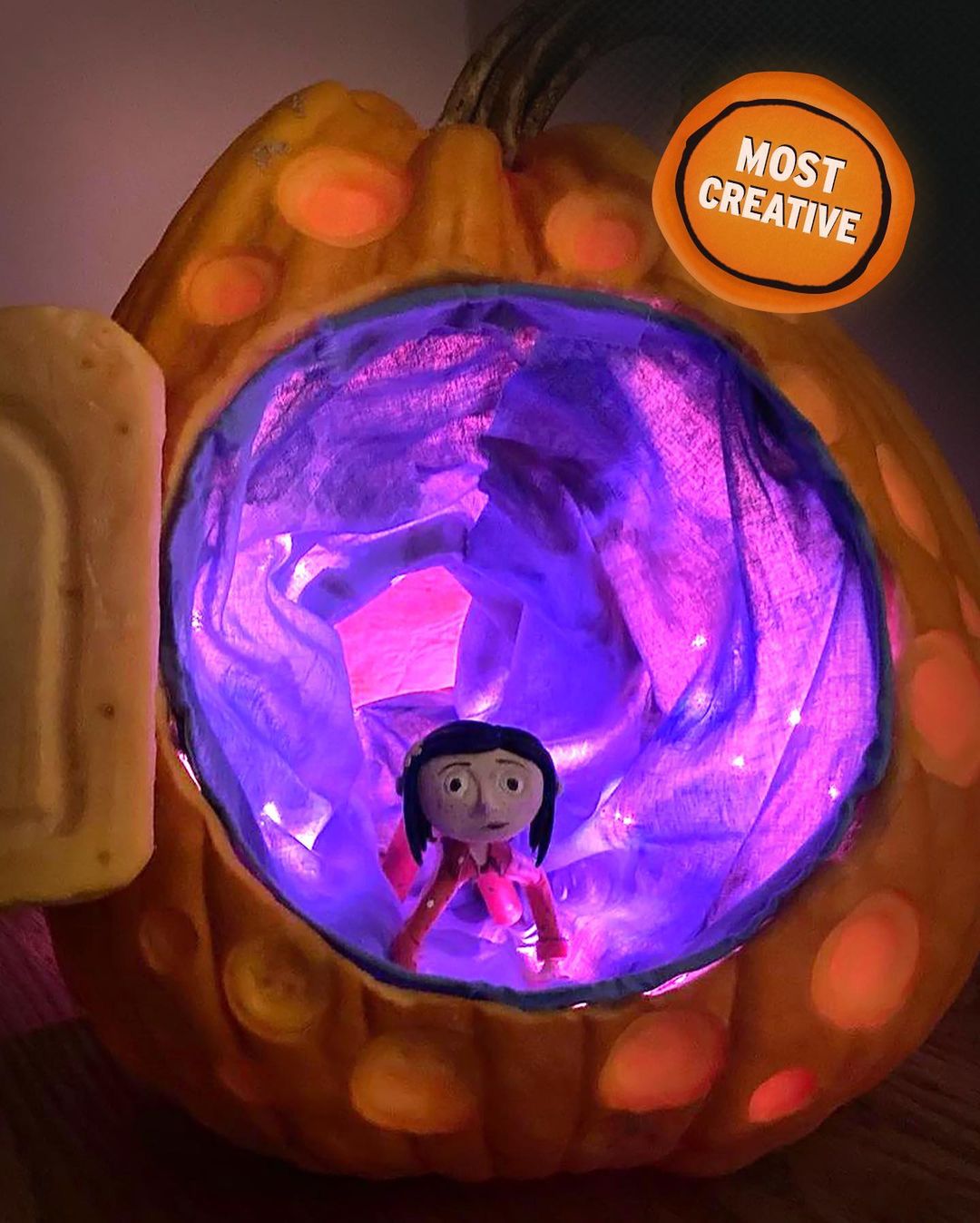 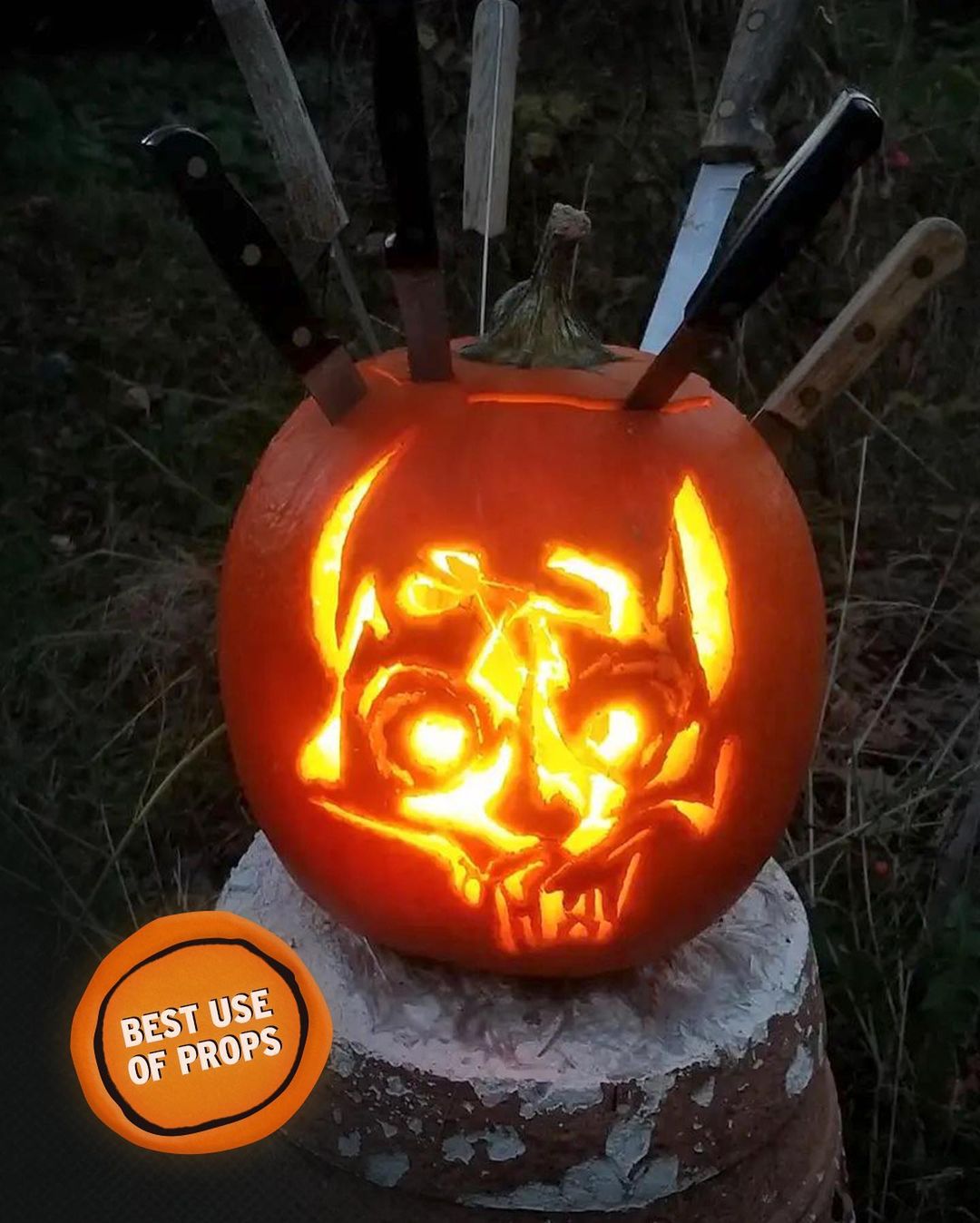