Here's an excerpt from the Castlevania wiki for those who may not know of the series.


Simon Belmont was the heir to the renowned Vampire Killer and of the Belmont clan and became the most famous vampire hunter.[5] He was born around the year 1669.[6]

Simon grew up hearing stories of his great ancestors who had defeated Dracula, along with those who helped them. As he trained in the ways of the whip, he would often wonder how he compared to these legendary warriors.[7]

At the age of 22 in 1691, he would be given the opportunity to prove himself worthy of his family's legacy. On Easter Day, 100 years after he was defeated by Christopher Belmont, Count Dracula had returned. He was reawakened by a dark order of humans on Easter Day during a dark mass in an abandoned monastery.

Simon was determined to end the threat of a new reign of terror, and entered Dracula's Castle alone to face the Count. Simon slew Dracula's servants and then faced off against Dracula himself as his ancestors had. Unable to kill him in the battle and unbeknown to Simon at the time, Dracula had managed to place a curse on a wound he inflicted on Simon's back

The game is pretty old (and I would not be surprised if a few of you here would have NO clue what it is. It's pretty old). It came out on the NES waaay back in 1986. Yeah. It's 32 years old.

Here's some source material for a visual representation!

ALSO. He just got announced for Smash Bros Ultimate. Maaaybe. Just maybe this could happen in 2018

Anyway, I was big into the original Castlevania games for the NES, Game Boy and Super NES. I mean seriously, what a perfect theme for a game. You get to travel through haunted forests and ancient castles, battling all the classic monsters, from lagoon creatures, to Franksteinstein monsters, to mummies and of course, the big batty daddy, Dracula.

I didn't really follow the later games on other consoles, where the characters took on a more anime look. Remember, I'm pretty old, so I come from the 8-bit 80s age. And that's why I'm glad to see that the Simon Belmont featured in upcoming Smash Bros Ultimate has his classic look - like He-Man and Conan the Barbarian, straight out of the 80s.

Anyway, this gothic game franchise is ripe for Halloween pumpkins, and I'll tell you something now... I can almost guarantee that you'll see some Castlevania inspired pattern this year.
amandap80, SuperSonic liked this

Not a lot of people know about burried classics such as this. This is the first game I ever played.

(Also for a 28 year old I feel old. Probably why I worded it the way I did LOL).

I HONESTLY NEEDED THIS MORE THAN I THOUGHT. Can it come with the 8 bit music too?
Sonic's the name, speed's my game!

By Zombie Pumpkins!  Mon Oct 01, 2018 12:05 pm
Like 5
Mon Oct 01, 2018 12:05 pm #100088
SuperSonic, I hope you're not disappointed that this new pattern isn't Simon Belmont from Smash Bros. While he looks super cool, I wanted to make a more "classic Halloween" design. Like the Uncle Creepy pattern before this one, you don't need to know the exact source to think it's a good fit for Halloween.

And so... I "whipped" up this new pattern, inspired by the Count Dracula illustration on the cover of the 1986 Nintendo box art. And as you can see by the video below, I was inspired by the overall look of those Konami boxes in general.

You've arrived at Castlevania to destroy the curse of the evil Count. When you finally meet Dracula, you know he'll be going for the jugular. So keep your whip handy and your stake sharp.

Castlevania Count pumpkin pattern
S.A.M, Mayor of Haddonfield, SuperSonic and 2 others liked this

I LOVE IT. I KNEW SAVING MY FOAMIES WAS A GOOD IDEA! 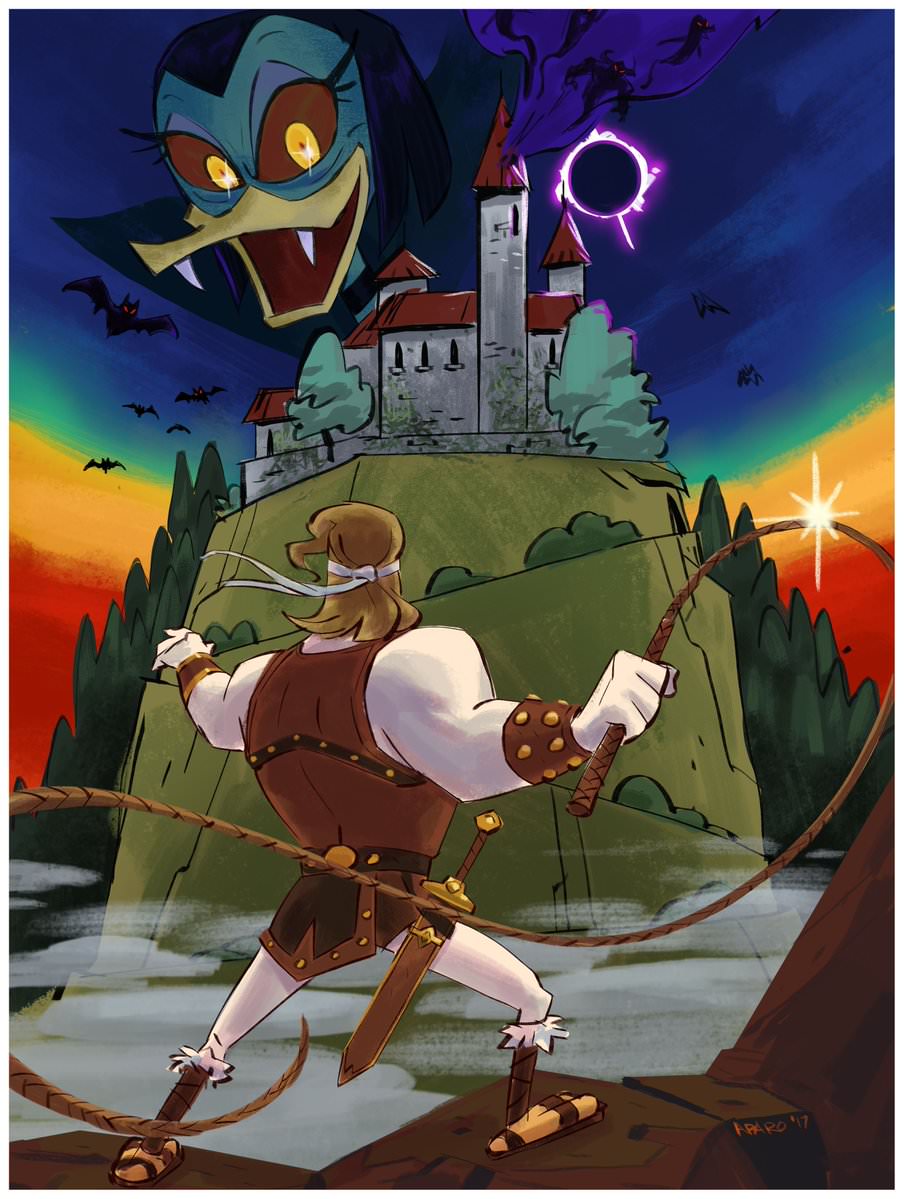