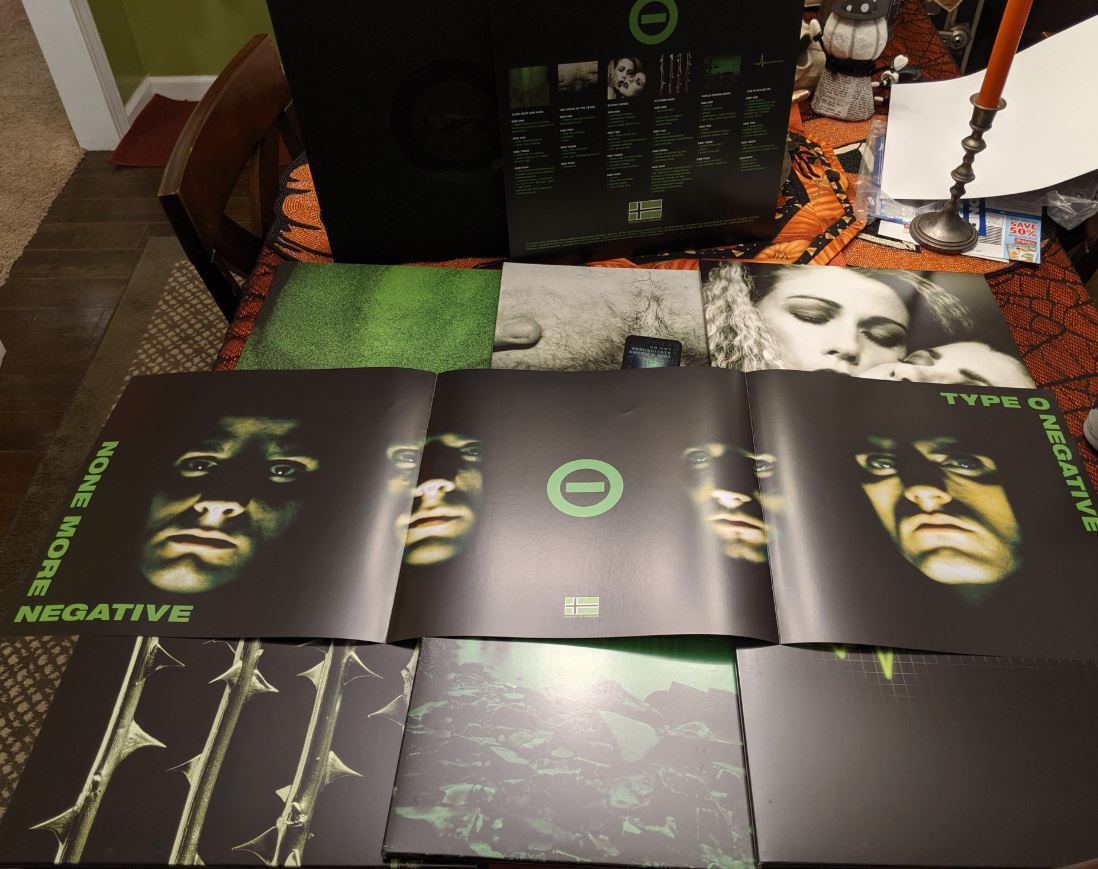 · The original None More Negative Box was released in 2011 as a Record Store Day exclusive and is extremely expensive and elusive. Only 1000 copies were originally pressed.

· Features the albums “World Coming Down,” and “Life is Killing Me,” both currently unavailable on vinyl, as well as the original and controversial cover art for The Origin of Feces (Not Live At Brighton Beach).

· Features a newly designed and band-approved outer slip case, as well as a fold-out poster, insert with credits and backstage laminate – all exclusive to this set.

· Pressed on band-approved green and black mixed colored vinyl at Record Industry in the Netherlands and comes in (6) heavy weight direct to board gatefold jackets.

· Limited to 7500 copies worldwide
Whenever I have to urge to run through my yard naked, I drink some Windex. It keeps me from streaking.