By Pumpkincutter  Sat Dec 29, 2018 6:07 pm
Like 1
Sat Dec 29, 2018 6:07 pm #101029
I binged through the show "Curious Creations of Christine McConnell" while carving my pumpkins this year. For those who haven't seen it, it is an awesomely entertaining cross between Martha Stewart type crafts and cooking (but with a Halloween/creepy element to it) and the sensibilities of Tim Burton. Plus it has puppets made by Henson Alternative. My description does not do it justice, so check it out if you get the chance.

I would love to see patterns for all of the characters. In particular, Rose, Christine, Rankle and Edgar.
amandap80 liked this

Thankfully Christine is back with a monthly YouTube show, which is similar to Curious Creations except it's shorter and focuses on one creation. And no Rose

punchi liked this
Check out my YouTube channel! http://www.youtube.com/channel/UCyuEzf43m-4BfCxBNLH5t8w

By Pumpkincutter  Sat Sep 21, 2019 11:56 am
Like
Sat Sep 21, 2019 11:56 am #101945
I was so sad the show was cancelled. I have been watching her Youtube show as well. Different than the Netflix show but still quite good. Christine is very talented and has a delightfully creepy aesthetic. I still recommend it strongly to anyone here. If you love Halloween, chances are you will love her show.

And, yes, I miss Rose a lot! Not sure if this post can be moved back to pattern requests, but I would still love to carve Rose on a pumpkin. 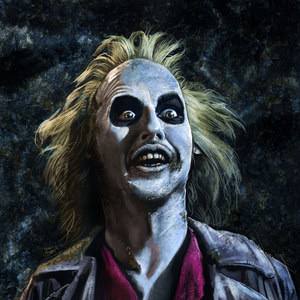 We were also bummed that it wasn't renewed.

I knew Christine had done some stuff on Instagram and some other social media sites the last few years. However, I didn't know about the YouTube show. We'll have to check it out as well.