I also saw the halves, they seem pretty sturdy. I didn't buy one because I had a 50% coupon I wanted to use on the more expensive full pumpkin. My husband suggested we just cut all my pumpkins in half and have double the amount

BigScience wrote:The have a smaller one for $6.99 but it is short and squatty. Would take a specific design to fit it

Definitely got some designs that are longer horizontally than they are vertically, which those kind of wider 'kin shapes would be an ideal fit for.

I wonder if HOME DEPOT has started putting out their Halloween stuff yet, the foam pumpkins they sell are the ones I primarily use for my carves. I believe they are Gemmy brand, same material as the Michaels ones but without those dumb ribs on the inside and a different shape standing about 12" tall.

Not too big but too small either.....they're perfect.
"It was the boogeyman?"

BigScience wrote:Michaels is stocked and ready! Now waiting on them to go 40% ...

Well, they had all of their Halloween merchandise out it looked like. However, no pumpkins.

At least not any of the ones they usually carry each year. The only ones they had are these pumpkins molded with pre-cut faces, same brand as the blank ones. Maybe it's still a little too early, and they'll put the blank foamies that I like to buy out a little later when they stock the organic ones. Good thing I stockpiled on all they had after October last year, got 14 of 'em for about $5 bucks a pop. I've been working on all of them save for one that's still blank, so I'll have at least 13 fully carved out before October even begins!

I also went to Michaels, noticed that they're carrying a new pumpkin shape or at least one that I hadn't seen before.

And one of those was metallic silver... 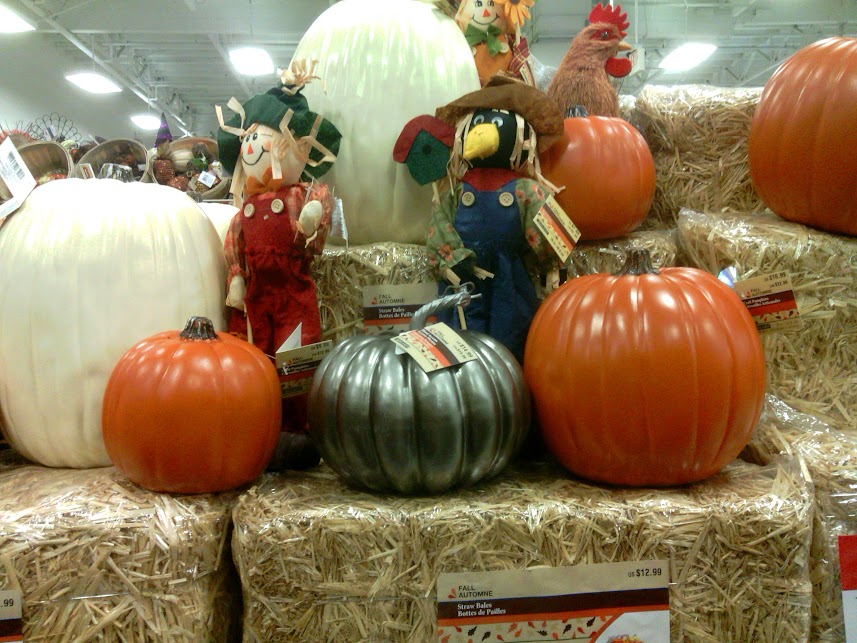 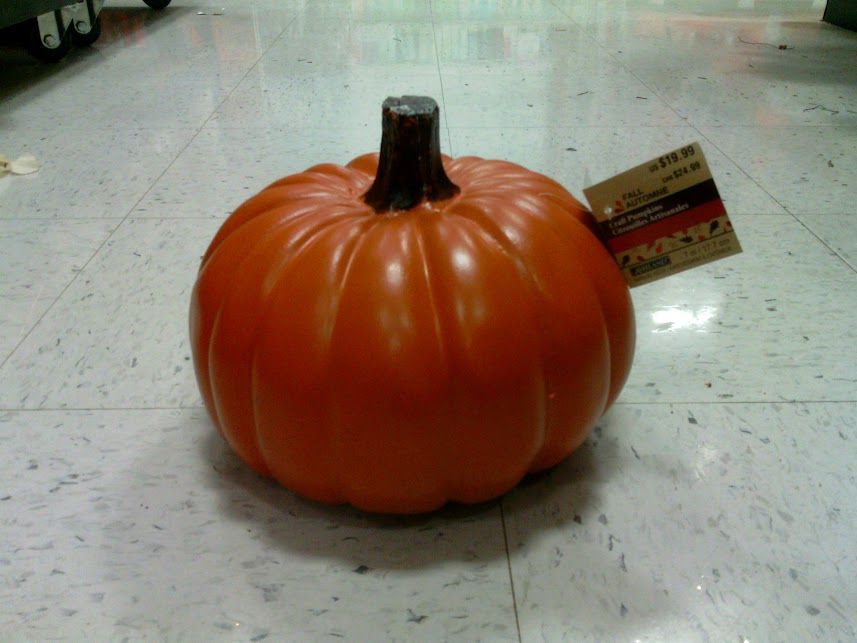 It's a little real squatty one, not sure what kind of designs this would be an ideal fit for. Very wide, long horizontal ones to be sure. Perhaps just basic lettering wrapped all around.

Did stop by Walmart, who are just starting to put out their Halloween stuff where I am.

They had a similar pumpkin, same kind of shape but cheaper looking and colored bright orange including the stem. But, that's it.
"It was the boogeyman?"