I have three vines total: one on our deck and two in my backyard. The potted pumpkin plant on our deck is not the healthiest of the three. It has fungus (which I have treated) and a few yellowing leaves. It produced two pumpkins. One died. The other is growing and maturing to be about 12 inches tall.

The other vines are doing well and have produced two pumpkins each. They are all slowing down. I think I got two small male blossoms this morning. The last couple of mornings have been cool.

Once the remaining pumpkins mature, I think that will be the end of my little project. This is the first year I've grown pumpkins and I had a lot of fun. I had no idea the vines would grow so long! From seed to 20' vines in a matter of a few weeks was amazing to watch. Next year I may grow ornamentals. Smaller vines and more pumpkins! 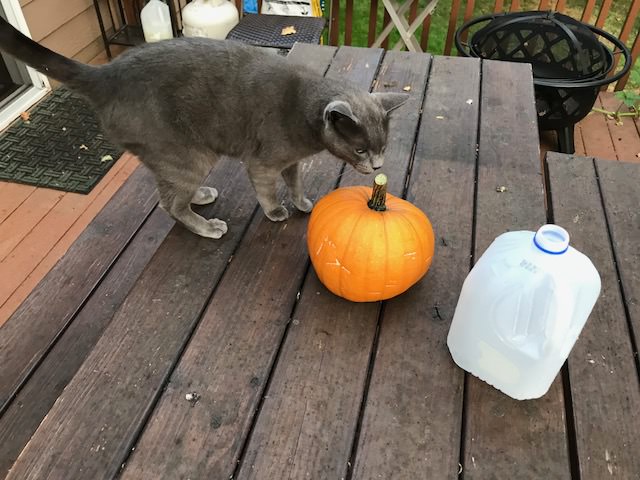 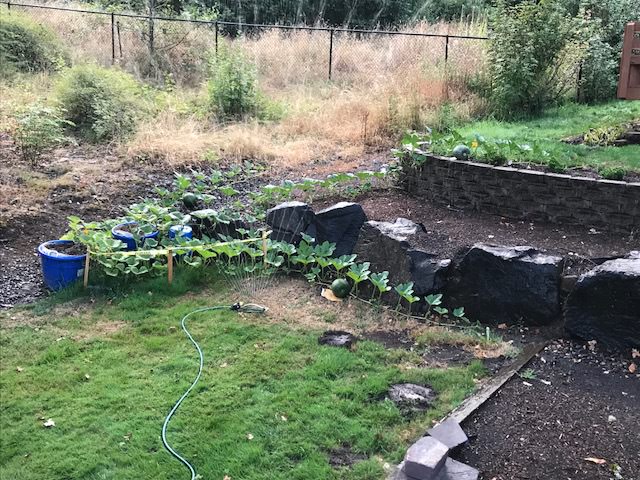 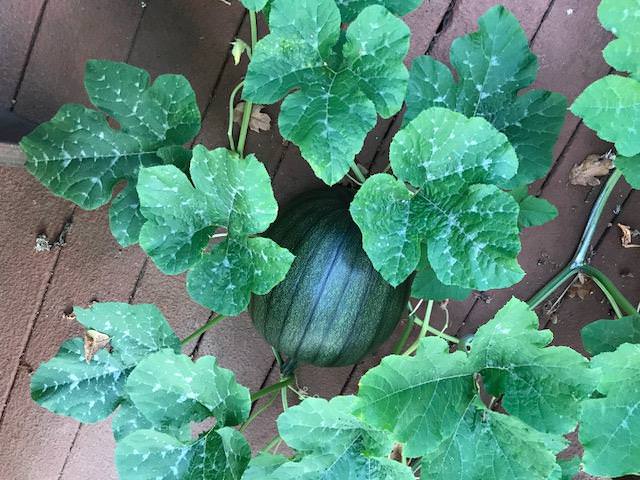 amandap80 liked this
In the Portland, OR area? Please check out my display!
https://www.facebook.com/WestLinnPumpkinDisplay/

By Mayor of Haddonfield  Mon Sep 10, 2018 1:58 pm
Like
Mon Sep 10, 2018 1:58 pm #99765
Pumpkins can be difficult to grow for sure. I've been growing my own for probably 6-7 years. Some years I have great results, and some years it is terrible. This year I have a lot that grew, but either powdery mildew or squash vine borers (SVB) terminated most of my plants way too early, causing my pumpkins to be too small to carve. I'll have maybe 10 that I can carve out of close to 30 total pumpkins.

I'd give it another shot next year. When you do get some nice ones you'll be addicted. I have one going right now that is without a doubt the largest I've ever grown. I'm estimating it to be 24 inches across and 18 inches high. The weight I'm hoping to be around 50 pounds right now. I've never come close to anything this size before.

One thing I have never had success with is growing them in containers. I tried for several years and never had any luck. You may be able to plant some gourds or other small varieties in a planter and have success.
Sheriff Leigh Brackett: Every kid in Haddonfield thinks this place is haunted.