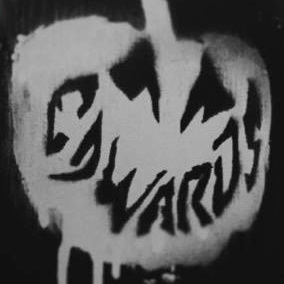 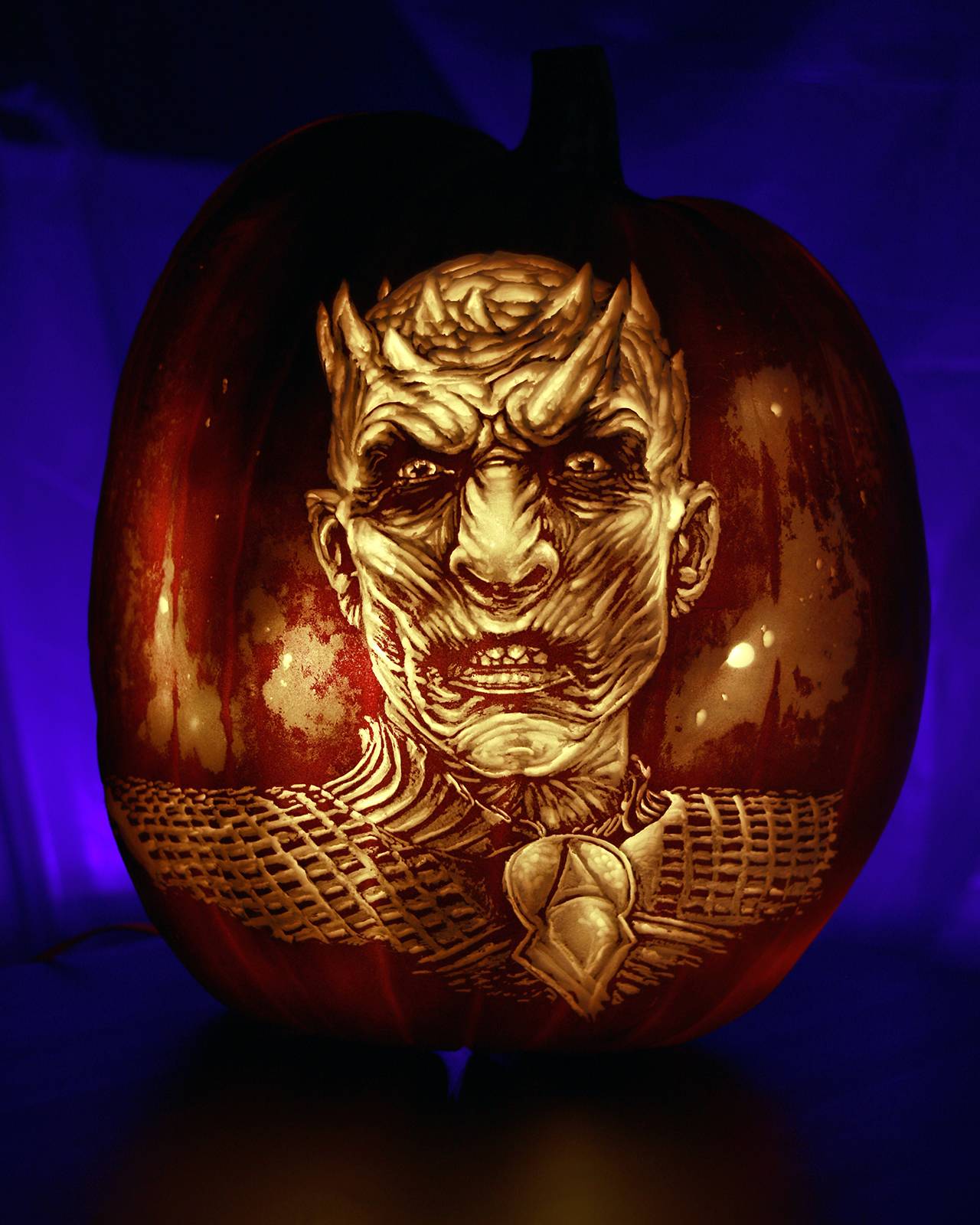 By Zombie Pumpkins!  Thu Jul 25, 2019 9:38 am
Like
Thu Jul 25, 2019 9:38 am #101591
No doubt about it, your Night King looks amazing. So much texture! Not only in his face, but also his clothing. Do you find that this kind of subject matter is harder to carve? Certainly it must be more tedious and time consuming. But also, in some ways it's more forgiving, because who could say that any particular crack or wrinkle is wrong? There's a lot of freedom when working with organic shapes.

I also appreciate the slight background you did. This is a good example for those considering doing some shaded pumpkin carving. The edges of your design drift off in a natural and irregular shape. In other words, no square borders that make it look like a Polaroid slapped onto a round pumpkin.

You're right with what you said on Instagram - the Night King deserved better. I was just watching a retrospective YouTube video about the character, and I was reminded of how haunting and ominous he was - particularly early on, when you rarely saw him. He'd appear for one episode in a season and show his magical might. But sadly, like with a lot of fantasy and science-fiction, the excitement is in the mystery and looming threat. Once the backstory is revealed and final confrontation played out, it can rarely match the sense of fear and wonder you had early on.

Anyway, it seems you used the same reference pose that I used for my Night King pattern. Good choice. So you went with the original actor (Richard Brake), rather than the actor that replaced him (Vladimir Furdik) for seasons 6-8. The makeup job on the character (shown so prominently at the end of the series) was phenomenal. But I have to say, the original actor just looked... meaner. More pure evil. He was the first face we learned to fear, and became iconic. All the merchandise of the Night King shows the Richard Brake version. And even official promo art for the later seasons showed Richard Brake. 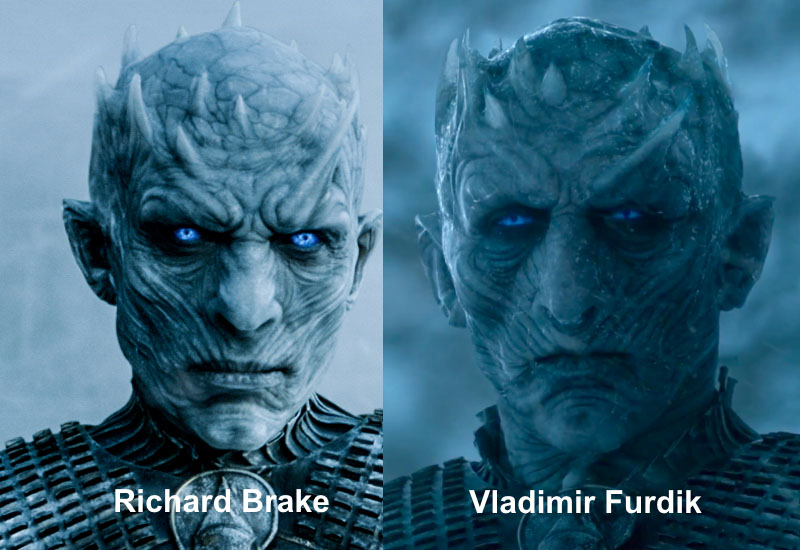 By sloaner  Thu Jul 25, 2019 7:38 pm
Like
Thu Jul 25, 2019 7:38 pm #101592
Great Pumpkin! I would really like to learn how to do these more detailed carves. This was one of my favorite characters on the show. His death could have been done better but oh well. I actually liked his first appearance the best and it was before Richard Brake I believe. Or at least he looks different. It was during the episode Oathkeeper when he turns the baby into a white walker.
Now is not the time for fear, that comes later 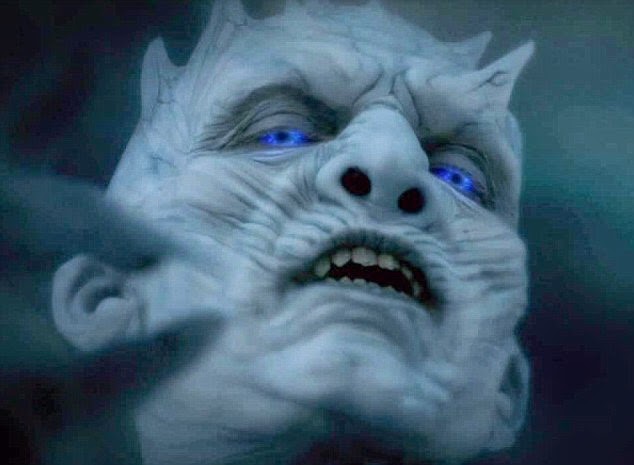 If I had to guess, it looks like Richard Brake. But yeah, the low camera angle and early version of the makeup do make him look a bit different. I can still remember this closing scene of the episode, where he's holding the baby. What a chilling (pun intended) moment. That was the first time we saw the Night King, and at that point we had no idea who he was. Ahh, the good ol' days.