Well I started by warming up with a couple colorfully campy watermelons in the summer. 1960's Batman and Joker. 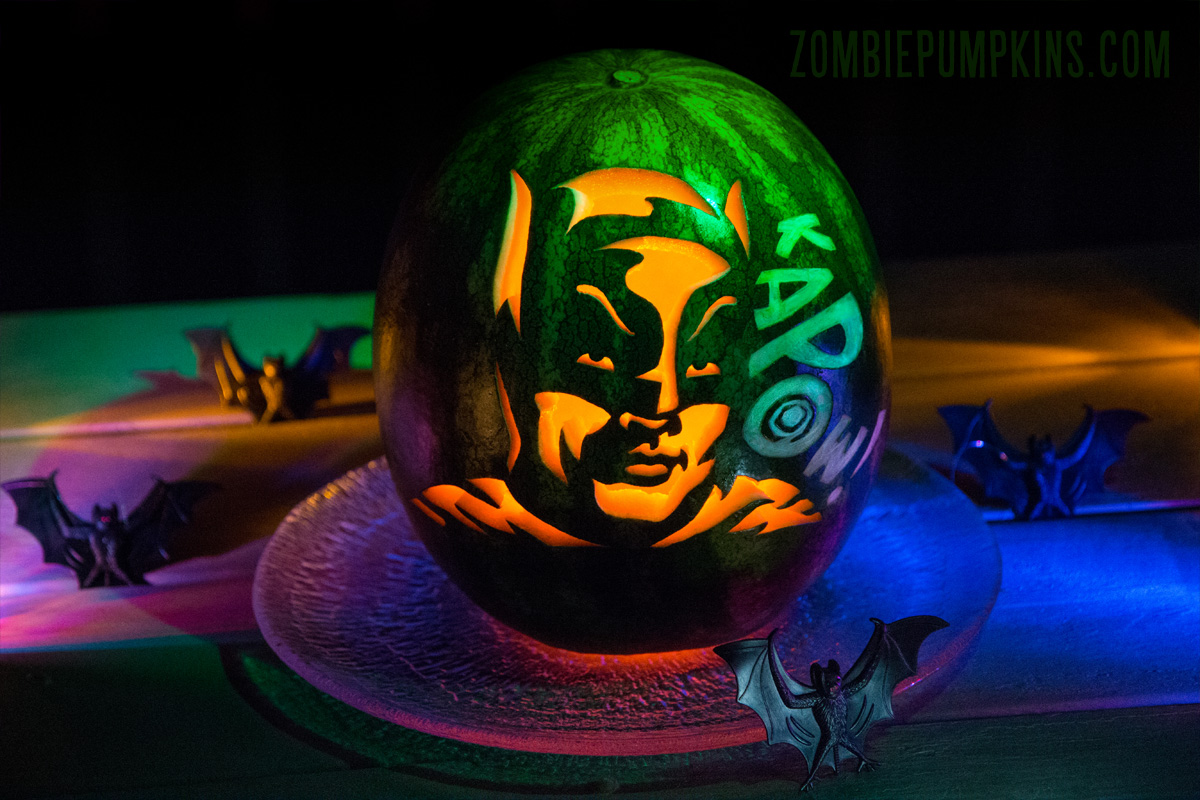 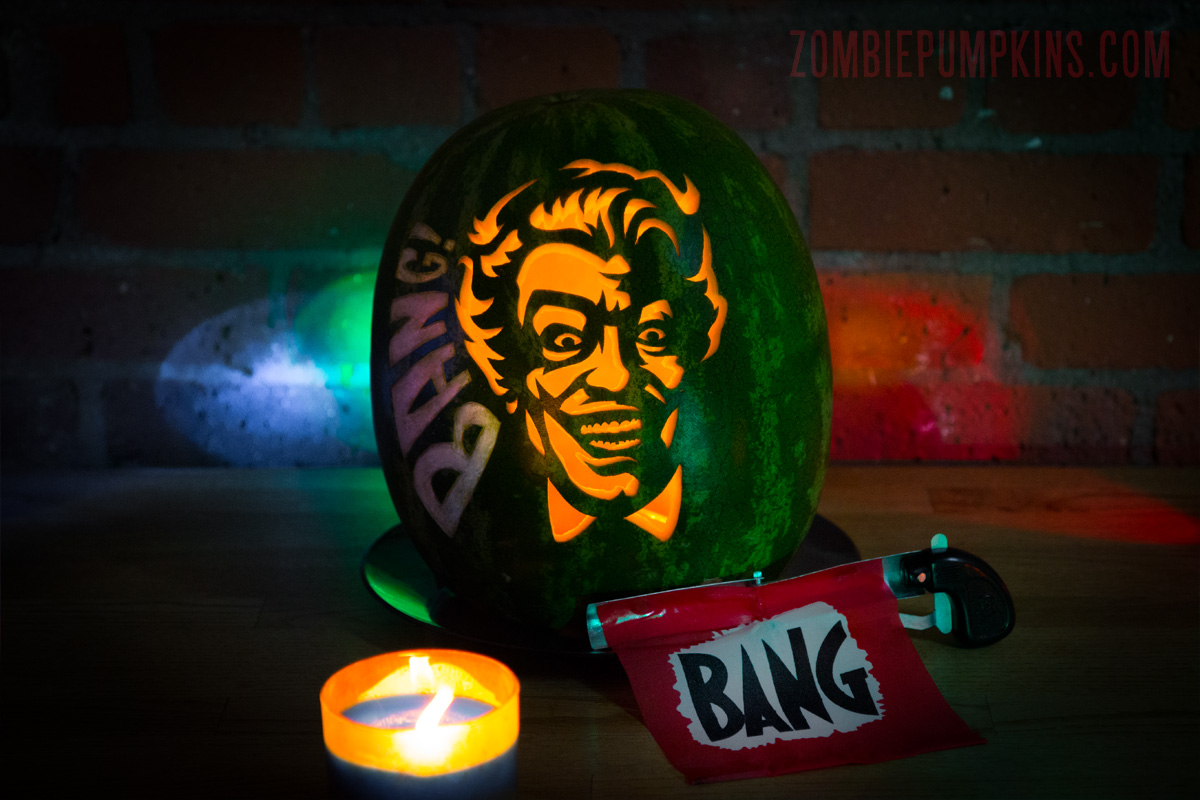 Pennywise: Then as the Halloween season got close, I took a trip to Derry and met this guy clowning around in the sewers. 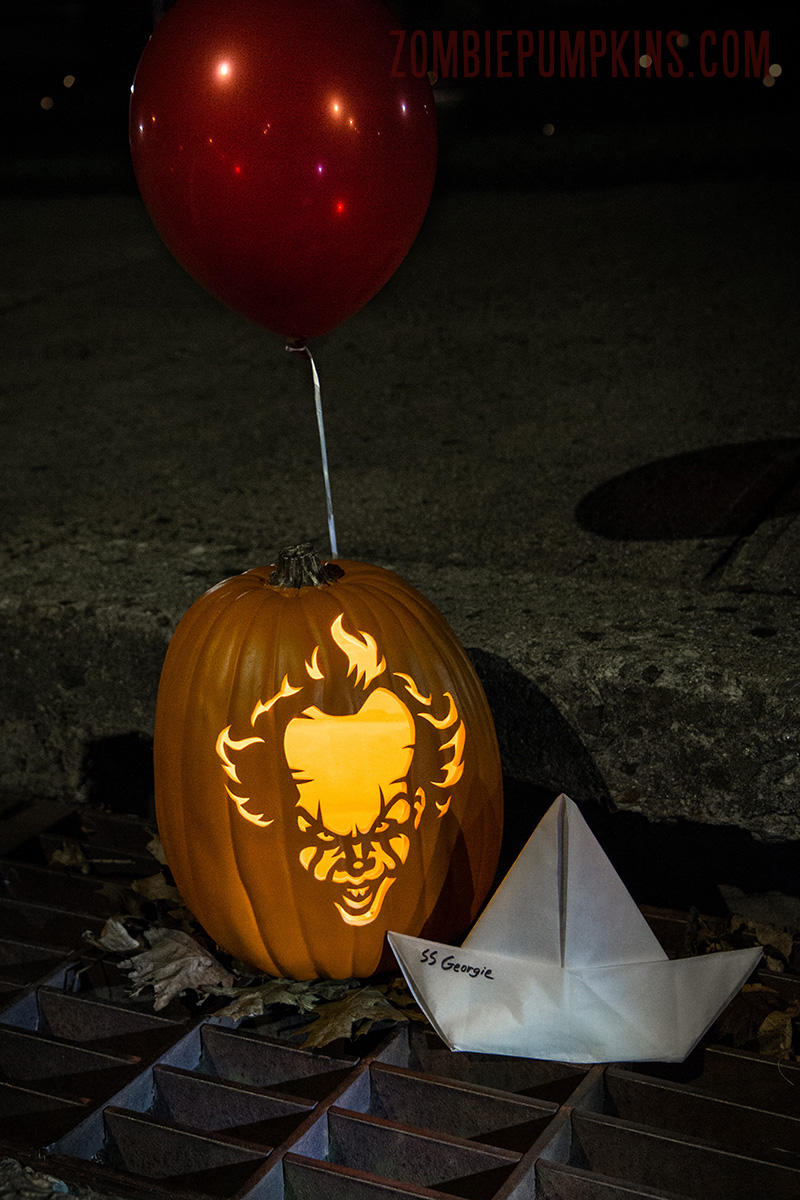 Pennywise was done in a foam pumpkin, and I also made a video of this one (which seems to have gone slightly viral, earning over 23,000 views).

Speaking of videos, I also made one of the Night King, which I'll share here since I didn't get any still photographs of him.

And now for the real pumpkins that were not set on fire... these survived until Halloween night.

Magic Mirror: A poison apple theme for the props, and an iridescent green/purple curtain seemed to evoke the colors of the animated movie version. 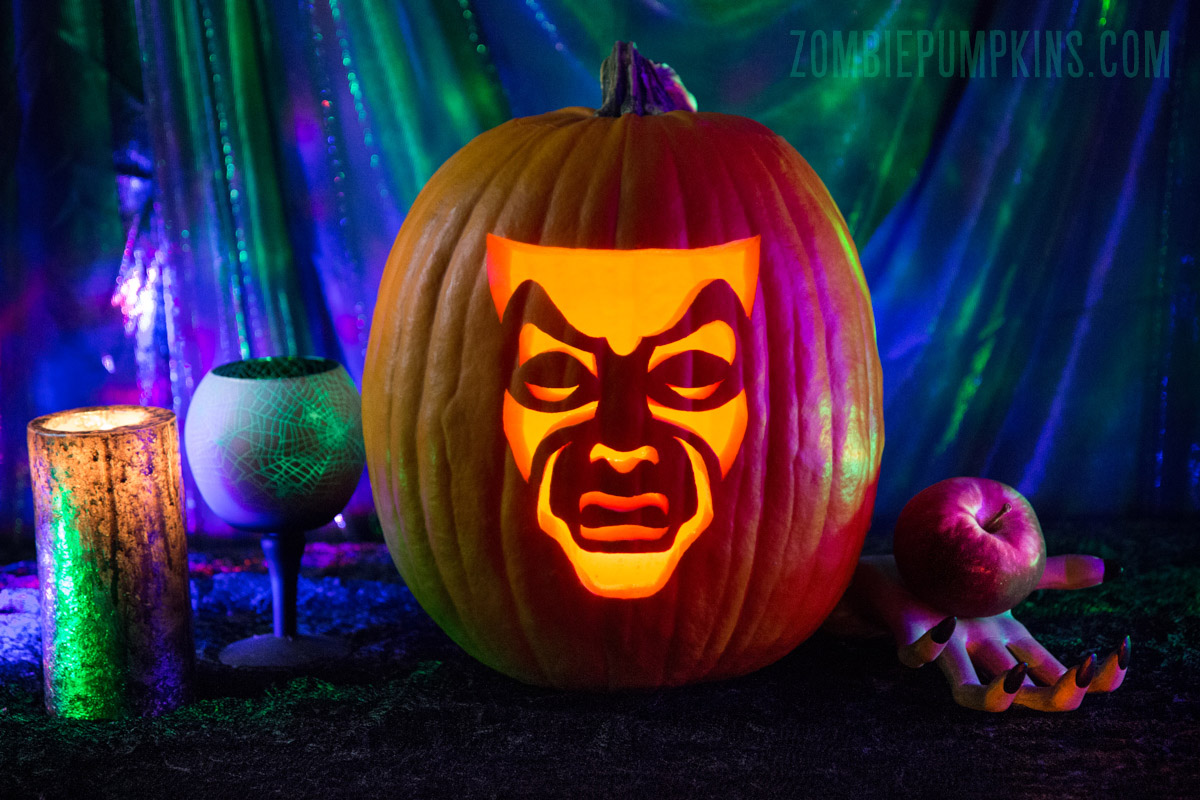 Worry Wart: That smaller warty pumpkin seemed to be the perfect companion (can you believe that's a real pumpkin that I bought in the fall of 2016? It's immortal!). The "Pumpkin Scare-amel Latte" candle (by SickWix) looks like something this witch would own. 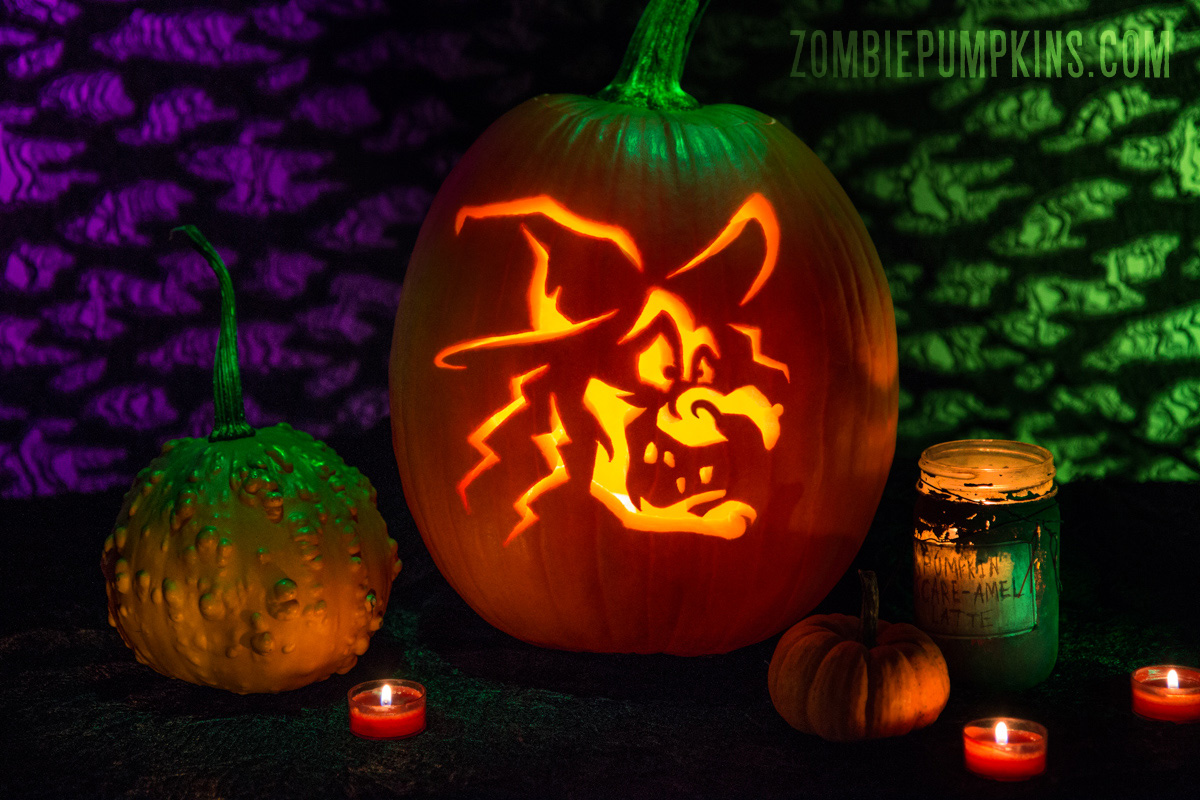 Jon Snow and Stark Sigil Direwolf: My mom actually carved the king in the north (as well as the previous two photos), but I tackled that detailed direwolf. I liked how the staging turned out for this one. A metal "Halloween" coat of arms, candles and lantern. The vertical texture of the blue background reminded me of the ice of The Wall (for those familiar with the show). 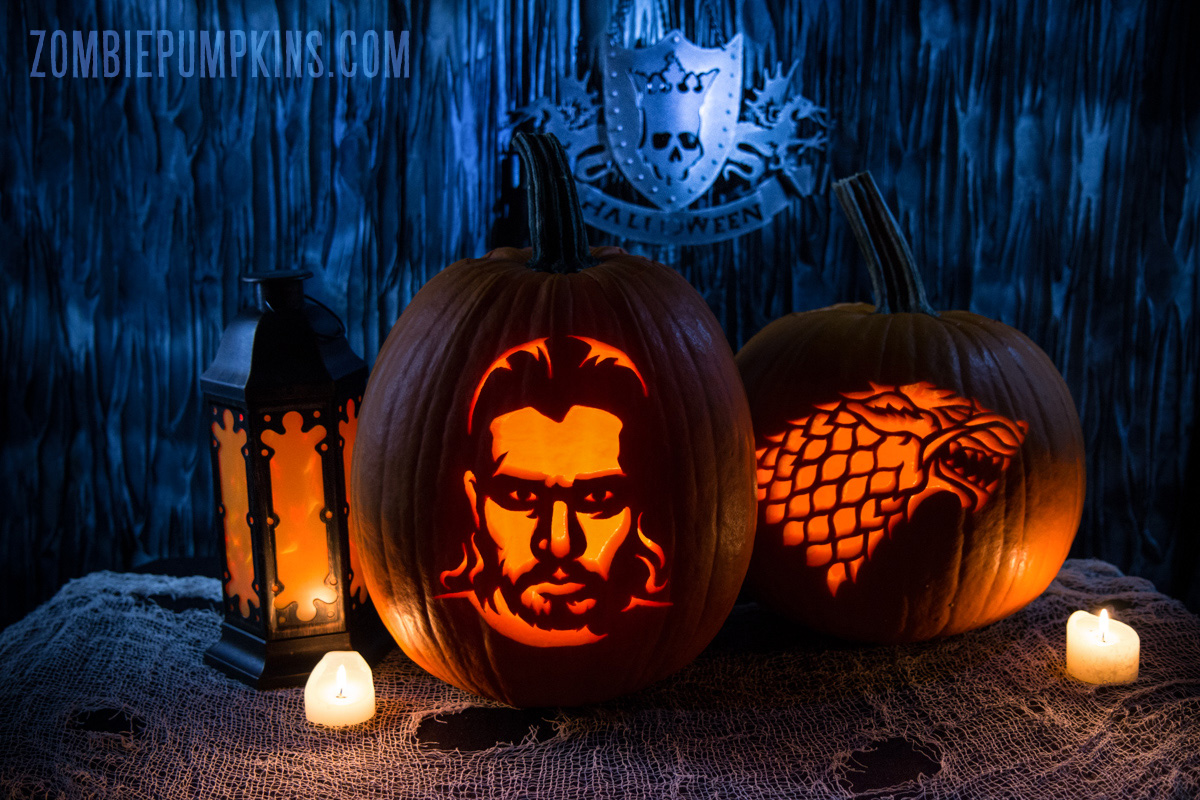 I didn't create a proper Direwolf pattern file for the website because this was a last minute idea, plus I wasn't sure if it was too complicated. I questioned my sanity a couple times, as I carved all those repeating shapes on Halloween eve. And I don't want to frustrate members and scare them off pumpkin carving. What do you think, should the wolf be added to the pattern collection?

Beauty and the Beast: Something for the kids. Plus, Belle has always been my favorite Disney princess. Maybe I'm projecting, but I can appreciate a book-smart brunette who tolerates a guy with a furry face. Anyway, I combined these two patterns by arranging them back to back, and I reversed the direction of their eyes so they'd be looking back at each other. Didn't bother to carve the Enchanted Rose because I had a real (fake) one. Lumière stepped in to provide some background lighting. 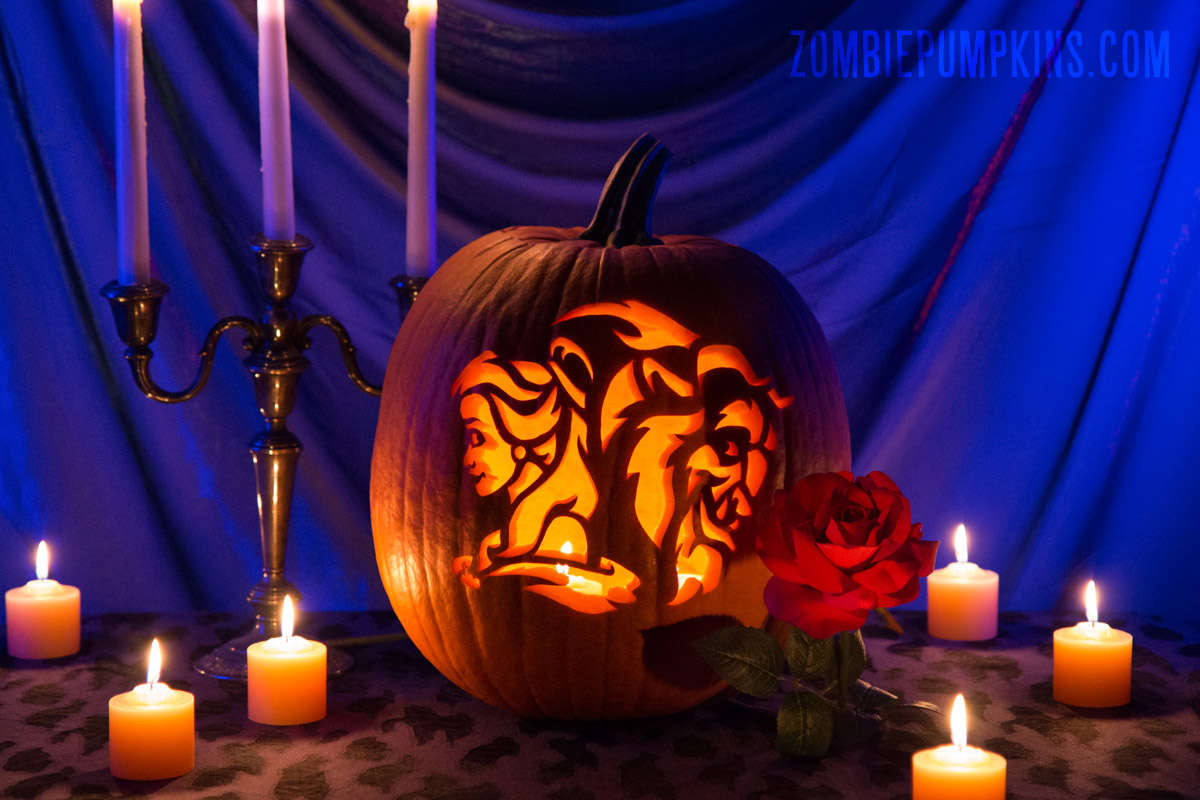 Dracula: I tend to mostly carve new patterns, but I dusted off this classic pattern to match my vampire costume this year. Enough red lighting to make any bloodsucker thirsty. 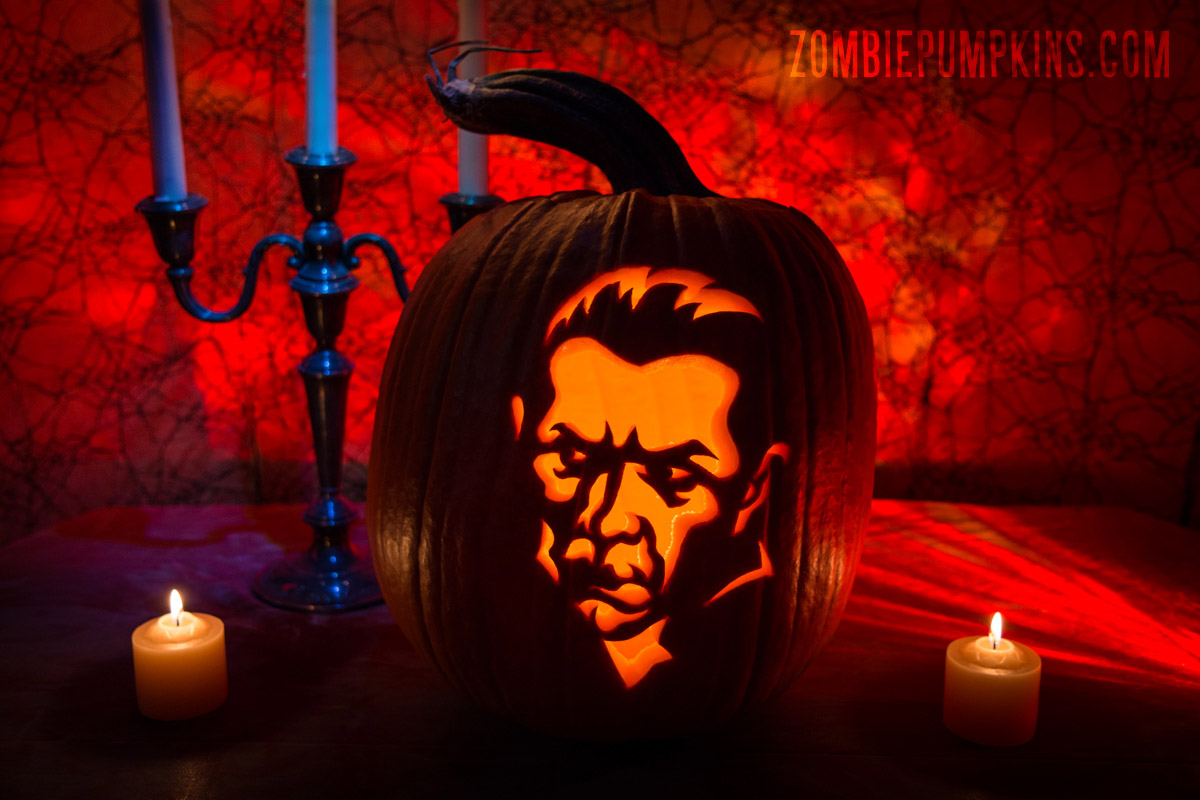 The Alchemist: I'm always proud to carve some of my Unique Creations. This year I happened to acquire a bunch of glass skull bottles, which seemed to fit the theme perfectly. All laboratory equipment should be shaped like this. 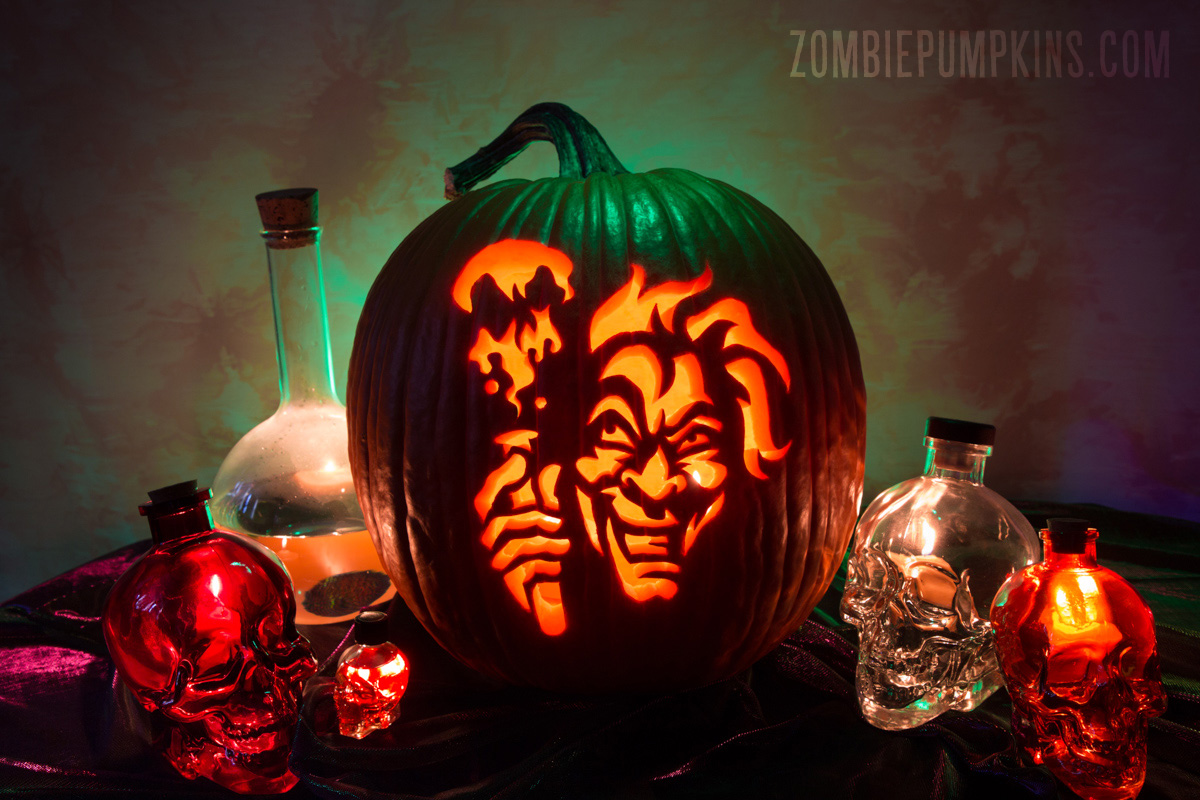 Thanks for looking!
shaft28 liked this

By Ajax  Fri Dec 01, 2017 11:41 pm
Like
Fri Dec 01, 2017 11:41 pm #98886
They look awesome Ryan great show as always. I haven't watched game of thrones except season one but your patterns and carvings look fantastic. I'd say your wolf emblem is not typical zombie pumpkin style but it looks really cool yet delicate. I've carved everything you've put out but that looks beyond me.

Your Adam West Batman and joker were two of my favorites this season and I love the what you've done with them. Beauty and the beast were also in my top 5 this year and this is a great carve and shot. Amazing job all around. Let's do it all again in 2018. Oh but let's do a John McLane for Christmas

As usual. Laser cut pumpkins! Fantastic work yet again. This year will yet produce the same level of craftsmanship and patterns! Count wait