Beyond just that one photo, I wanted to make use of this box during my family Christmas party. So here are some photos that explain what I did.

I wrapped the box in Christmas paper, so it wouldn't look ugly to have a cardboard box laying out in plain sight during the holidays: Then I cut a circular hole in one end, exactly the same size as the LED pumpkin light I planned to use. (I did this before I wrapped it, actually. Easier that way, without paper in the way): The LED light fits snug and stays in place. I cut a little notch in the box so I could still work the on/off button on the side: On the other end of the box I cut a square hole in the cardboard box. I measured the size of the square opening, and printed out a pattern at the appropriate size on a piece of card stock. I cut out the pattern with an X-Acto blade on a cutting mat. Once all the pieces were cut, I taped the card stock stencil onto the end of the box: All done. Now I can project any stencil onto the walls. The box holds in all the light, except where the cut holes are on the stencil: On Christmas, I will place the wrapped box under the tree, disguised among other (real) gifts: You should be able to shoot the image onto the back wall or up toward the ceiling, and if you angle it right, people may not even realize where the projected image is coming from.

It's worth mentioning that this image projecting technique won't work with any old light. Anything too diffused won't create a bright or sharp image on the wall. I've had the best luck with these sort of LED pumpkin lights. They can do a single bright light source (multiple LEDs will create slightly off-set double images) and the metallic reflector disc under the LED really throws the light far: amandap80, Raven, nosferatu and 1 others liked this 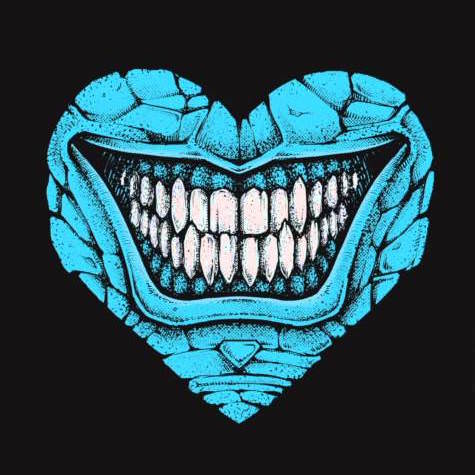